Support for climate-change action could wane if no help for coal workers: report 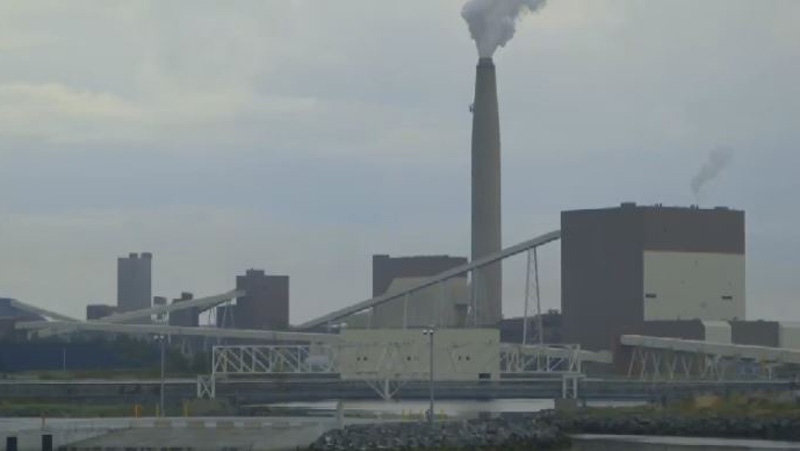 The 2018 federal budget included a $35 million, five-year fund to help retrain coal workers to work in new jobs, but that was before Ottawa assigned a task force to consult affected provinces and communities on what was specifically needed.

That task force reported Monday, laying out 10 broad recommendations to help workers prepare for a future without coal.

McKenna told The Canadian Press Monday she was intrigued by most of what was in the report.

"There are some really good suggestions here," she said. "We kind of have to look at it as a package. Most of the things we're looking at in terms of the budget."

In 2016, the most recent year for which greenhouse-gas emissions statistics are available, coal accounted for nine per cent of all Canada's emissions and 71 per cent of emissions from generating electricity. That comes from 16 power stations in Alberta, Saskatchewan, Nova Scotia and New Brunswick, which are fed by nine remaining mines producing "thermal" coal.

To meet Canada's international commitment to slash greenhouse-gas emissions by nearly 30 per cent over the next 12 years, McKenna has ordered that all existing coal-fired power plants be shut down or converted to burn natural gas before 2030.

The task-force report warns that failing to prepare coal-dependent communities for that change risks public support for climate-change action.

The task force, set up by the federal government in 2018, spent the last 10 months hearing from people in the four affected provinces.

Hassan Yussuff, president of the Canadian Labour Congress and one of the co-chairs of the task force, said the body's very existence is proof the government understands it "can't simply phase out the industry without thinking of the workers and the communities."

The task force recommends funding to research the economic impact of the coal phase-out, local transition centres to help provide retraining, relocation and social supports, a pension-bridging program to help workers nearing the ends of their careers make it to retirement without hurting their pensions, and eventually a job bank to help match the skills of coal workers with potential new job opportunities.

It says coal-dependent communities should get special consideration for infrastructure funding, to both provide short-term employment for coal workers and help local economies welcome new industries.

Ottawa has already opened two local transition centres, in Alberta, in the village of Forestburg and the town of Castor, using some of the funding from that $35-million Canada Coal Transition Initiative. The nearby Battle River Generating Station and the Paintearth Mine, which supplies it with coal, employ about 200 people.

McKenna warned that she just received the report and won't commit to a timeline for implementing the recommendations, but said some have to get started immediately while others can wait.

Yussuff said this is a unique opportunity because the coal industry is being phased out over time. Most often communities get very little, if any, warning that an employer is shutting down, such with as the closures of asbestos mines in Quebec or the almost overnight closure of the Newfoundland cod fishery in 1992, which threw 40,000 fishers out of work.

"All of those were not planned or anticipated," he said. "This is not going to happen overnight. We've still got some time."

About 42,000 workers are employed directly or indirectly in coal mining, though some of them are in the metallurgical coal industry, which supplies the coal used to make steel.