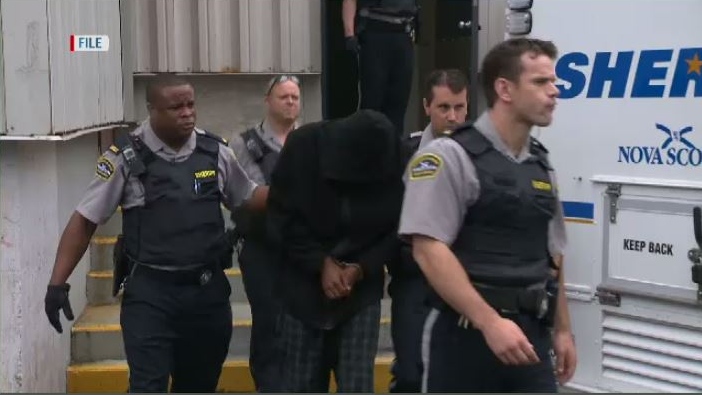 Randy Riley killed Chad Smith while he was delivering a pizza in Dartmouth.

HALIFAX -- The Supreme Court of Canada ordered a new trial Tuesday for a Halifax man who was convicted of second-degree murder in the death of a 27-year-old man who was delivering a pizza in a city suburb.

Randy Riley was sentenced last year to life in prison with no chance of parole for 15 years for the death of Chad Smith, who was killed on the evening of Oct. 23, 2010. He was also found guilty of unlawful possession of a firearm.

Smith was found with a gunshot wound to the upper right side of his body and his red pizza delivery bag nearby.

During the Nova Scotia Supreme Court trial in 2018, the Crown called a witness who admitted to pulling the trigger and said Riley wasn't involved, but the trial judge warned jurors against considering the evidence.

The caution is referred to in legal terminology as a "Vetrovec warning," where a judge suggests to a jury that evidence comes from a witness who is unsavoury and disreputable.

Riley appealed his case to the Nova Scotia Court of Appeal, arguing that the warning was inappropriate and damaged the defence case. A majority of the Appeal Court judges upheld his conviction, while a dissenting judge said he would have ordered a new trial.

The Supreme Court of Canada ruled unanimously on Tuesday to uphold Riley's appeal and order a new trial. Justice Andromache Karakatsanis said the Supreme Court justices agreed with the reasons provided by the dissenting Nova Scotia Court of Appeal judge.

"The appeal is allowed, the convictions quashed and a new trial ordered on the charges of second-degree murder and unlawful possession of a firearm," she said.

"The Supreme Court of Canada recognized that evidence in support of the defence must not be minimized or diminished by trial judges," Lee Seshagiri, the Nova Scotia legal aid lawyer who represented Riley, said on Tuesday. "Mr. Riley is pleased that he will have a new trial where all of the evidence is fairly considered."

Riley has been incarcerated since his arrest in July 2013. His original trial followed the Dec. 4, 2015 conviction of Nathan Johnson for first-degree murder in Smith's death. Court heard in the original trials that the two men were together on the night of the killing.

According to the appellant's submission to the Supreme Court, Johnson testified during Riley's trial that he was a drug dealer and was looking to collect on a debt from Smith on the night of the murder.

Both the Crown and defence agreed in their submissions to the high court that Johnson said during cross-examination he was the one who shot the victim and Riley had nothing to do with the murder. However, this evidence was in contrast to Johnson's earlier testimony that he told his girlfriend Riley had been involved in the killing, the Crown noted in its submissions.

This report by The Canadian Press was first published Nov. 3, 2020.