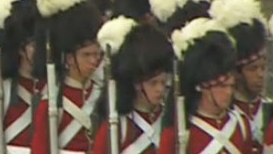 The Supreme Court of Canada has sided with the city of Halifax over how much its iconic Citadel Hill site is worth.

The country's top court ruled in favour of the Halifax Regional Municipality in a dispute with Ottawa over the value of the national historic site, for tax purposes.

The federal government pays grants in lieu of taxes based on the value of the land and it claimed Citadel Hill holds almost no value because, as a national historic site, it can't be developed.

"It can hardly be thought either fair or equitable to conclude that 42 acres in the middle of a major metropolitan centre has no value for assessment purposes," the court judgment said.

The city of Halifax maintains the Citadel property should make a payment in lieu of taxes based on a value of approximately $19-million, while the federal government had determined the value of the hill should be set at $1.55-million.

Today, the court rejected that argument and sent the file back to the Department of Public Works to come up with a more equitable valuation.

Kelly says the ruling means the city is owed a lot of money.

"We are extremely pleased that the highest court in the country shares our view that payments in lieu of taxes should be based on a reasonable assessment of Citadel Hill, which occupies a vast parcel of prime land in the heart of our municipality," said Mayor Peter Kelly. "We look forward to an appropriate determination of payment in lieu of taxes."

Kelly estimates the city is owed $7-million in back taxes and he says council will decide what to do with the funds when it's time to draw up the municipal budget.

There are several other national historic sites within the municipality's boundaries but Kelly says Citadel Hill was the one believed to be most undervalued.

The Supreme Court decision also awards legal costs to the municipality which will be calculated and submitted for payment.