Suspect in custody as police investigate shooting outside Halifax restaurant 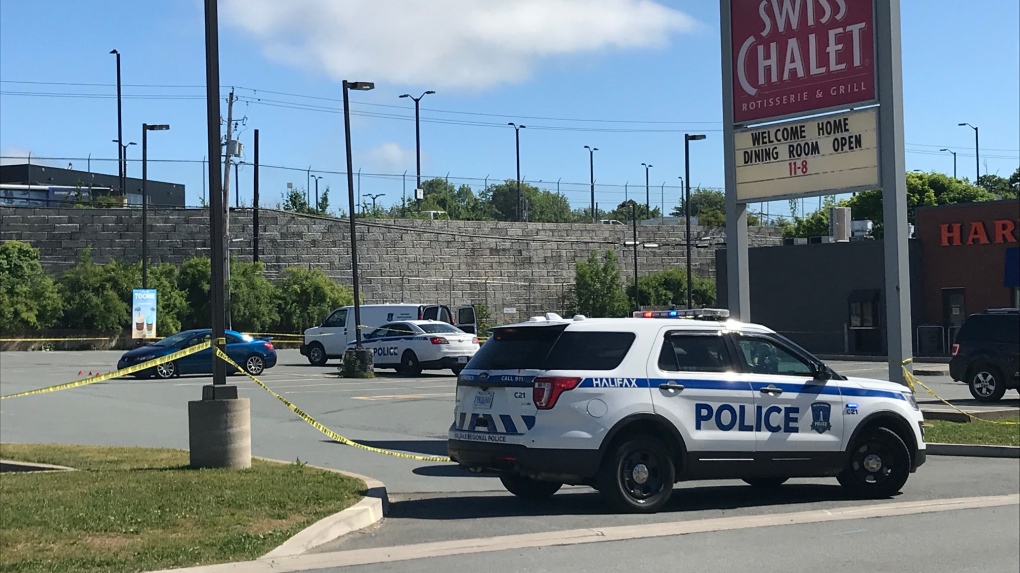 Halifax Regional Police respond to a shooting in a parking lot on Kempt Road on June 23, 2020.

HALIFAX -- A suspect is in custody as police investigate a brazen daytime shooting in Halifax.

Halifax Regional Police responded to a report of a shooting in the parking lot of a Swiss Chalet restaurant on Kempt Road around 2:50 p.m. Tuesday.

Police say shots were fired between two vehicles and both vehicles then fled the scene.

Investigators aren’t certain whether anyone was injured in the shooting.

Police stopped one vehicle believed to have been involved in the incident and a man was arrested and taken into custody.

"We believe the suspects are known to one another and believe it to be a targeted incident," Halifax Regional Police Sgt. Chris Thomas said Tuesday night in a news release.

Police say the investigation is in the early stages and updates will be provided when available.