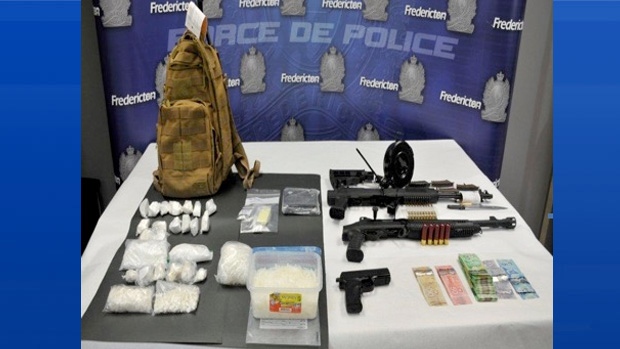 A 16-year-old boy is facing a slew of charges after police seized a large amount of drugs, weapons and cash during a safety check in Fredericton on Thursday.

The Fredericton Police Force says officers called for backup after they encountered a fortified building at a multi-unit residential complex in Fredericton’s north end.

A search warrant was executed, resulting in officers seizing 986 grams of methamphetamine, 889 grams of cocaine, two firearms – one of which was loaded – and $3,600 in cash.

Police estimate the street value of the drugs seized is $178,000.

The 16-year-old boy, who cannot be identified, is facing the following charges: