'The Shantyman' Sean McCann returns to the Maritimes

'The Shantyman' Sean McCann returns to the Maritimes 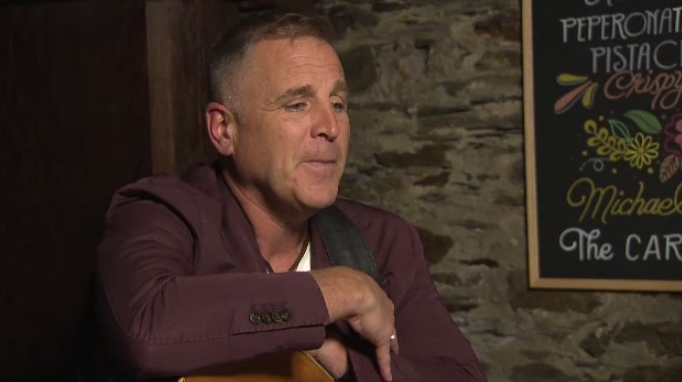 Known as the Shantyman, Sean McCann is best-known as a founder of the Canadian folk-rock band Great Big Sea. But now, the Shantyman is going solo and taking his music on the road through the Maritimes.

After playing a show Wednesday night at the Carleton in Halifax, McCann is travelling to Prince Edward Island before returning to Nova Scotia for concerts in Margaretsville and Yarmouth this weekend.

McCann released his latest studio album, Shantyman, in September 2021, one year after co-authoring a memoir with his wife, Andrea Aragon, titled “One Good Reason: A Memoir of Addiction and Recovery, Music and Love.”

McCann’s Maritime summer tour continues Thursday evening at The Trailside in Charlottetown, P.E.I., with additional shows at The Evergreen in Margaretsville on Saturday and Th’YARC in Yarmouth on Sunday.

With COVID-19 on the rise, should you be wearing a mask again? Here's what experts say

The Toronto Blue Jays' first foe in the playoffs is now official.

The Invasive Species Council of B.C. is asking the public to report sightings of a 'highly toxic' plant that can leave people's skin blistered and burned – something one family recently learned the hard way.

As MPs kicked off a study on the future of the House of Commons' use of a hybrid sitting structure, Speaker Anthony Rota is calling for members of Parliament to consider the 'big picture' in making their recommendations as to whether it's time to retire the virtual elements of proceedings that were ushered in response to the COVID-19 pandemic.