'There is no place for racism:' Dal student slams 'anti-Canadian' motion 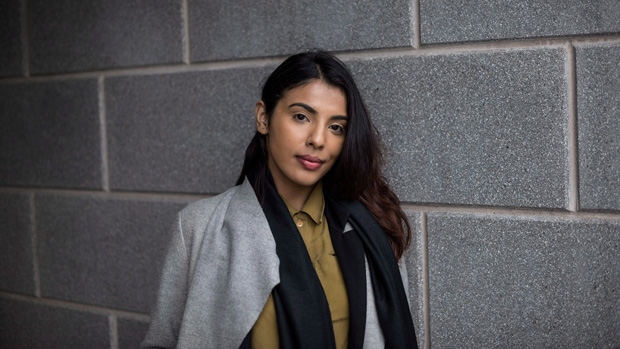 HALIFAX -- A student at Dalhousie University is speaking out against what she calls an "anti-Canadian" motion passed by the school's student union, saying it has ignited racial tensions on campus.

Mehak Saini said Monday she's standing up for voices silenced during an acrimonious debate that engulfed the Halifax university after the student union pulled out of Canada 150 celebrations in solidarity with Indigenous Peoples.

"As an immigrant, I celebrate this country and its values and the freedom of speech," said Saini, who immigrated to Brampton, Ont., from northern India when she was nine years old. "I'm proud of this country."

Student leader Masuma Khan tabled a motion to opt out of Canada Day festivities, calling the celebration an act of ongoing colonialism.

In response to criticism, the student council executive said on social media she would not stand with "privileged white people," or be proud of "over 400 years of genocide," with the hashtag "whitefragilitycankissmyass."

Khan's comments sparked controversy and prompted a complaint against her, which the university has since dropped, in part due to concerns about violent and hateful messages she was receiving.

Many people on campus and beyond defended Khan's freedom of expression and political speech, including the Ontario Civil Liberties Association and a group of 25 law professors from Dalhousie's Schulich School of Law.

But Saini said some students disagreed with Khan but refrained from voicing their dissent out of fear of being labelled a racist.

"She's using discrimination and power as a tool to silence us," she said in an interview. "There is no place for racism, period. Not from a minority, not from a majority."

Saini added: "We should criticize the past and colonialism. But to criticize a whole race and say they can kiss your ass is not the way to go about it."

The second-year physics student is calling on the Dalhousie Student Union to hold a new election for the position of vice-president academic and external, which Khan currently holds.

Saini has penned an open letter to the university ombudsman entitled "Not My VP," which now has 42 signatures.

The letter outlines her position against Khan, who she says "blatantly insulted the entire race of white people."

"Not only did she disrespect the student body by suggesting an anti-Canadian motion, but also she then attacked an entire race of students by implying that all white people are fragile in nature," Saini said in the letter.

"Being an immigrant, I found the ban on celebrating Canada Day a violation of the rights of students to celebrate the country that has provided them with a great life, an excellent education, world-class facilities, and their individualistic freedom of expression."

Khan said she already went through an impeachment process in September and the council voted to keep her.

"I'm not going to say a student can't do this because I want to encourage students to hold their representatives accountable," she said.

However, Khan said she is baffled that the student union's support of Indigenous People could be construed as "anti-Canadian."

"Standing in solidarity with Indigenous People is the last thing from being anti-Canadian," she said. "What I have said is anti-white supremacy."

As a daughter of immigrants, Khan said she recognizes that she has been afforded privileges in Canada and that "this land has given me so much."

"But it's important to recognize that immigrants themselves are given more privileges than the Indigenous People of this land," she said. "We flee from war, we flee from unsafe places. We come here to find safety but there is a whole community that doesn't have safety."

While Saini said she is open to criticism about Canada's past, she said she worries that the tone of the debate could legitimize racist speech or create division between students of different backgrounds.

Saini added: "This fight is for equality for all regardless of your colour, ethnicity or religion."