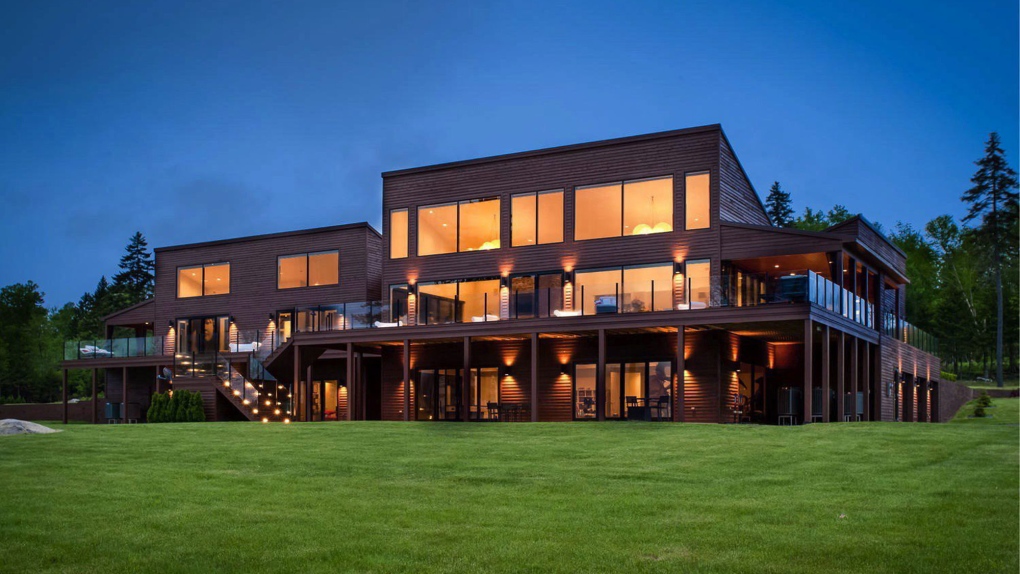 A multimillionaire Toronto technology entrepreneur has been so far unable to sell his one-of-a-kind, 10-bedroom Atlantic Canada vacation mansion, shown in these photos provided by Sandleigh Estates, complete with private beaches, a custom go-kart track and a baseball field. (THE CANADIAN PRESS/HO-Sandleigh Estates)

UTOPIA, N.B. -- A multimillionaire Toronto technology entrepreneur has been so far unable to sell his one-of-a-kind, 10-bedroom Atlantic Canada vacation mansion, complete with private beaches, a custom go-kart track and a baseball field.

Lorne Abony's mammoth Utopia, N.B., mansion has been on the market for nearly two years, and comes with a hefty price tag: $9.65 million.

"You have to see it to believe it," said Fredericton-based realtor Scott MacTavish, who has been working to sell the luxurious property. "It's out of this world, as you would expect for a $9.6 million asking price. When you get there, it's like you're in another world."

According to the listing, there are three homes on the property totalling about 27,000 square feet -- the main house and two guest houses -- and more than 100 acres of "unspoiled natural beauty" on Lake Utopia.

It was built by Abony about four years ago in Charlotte County to have a getaway close to his wife's family, said MacTavish.

Abony, 47, is a well-known technology and media entrepreneur from Toronto. He is the former CEO of Mood Media, which includes the onetime Muzak elevator-music business, and in 2004 became the youngest CEO of a listed company on the Toronto Stock Exchange.

Abony, who was once featured on the CBS reality show Undercover Boss, also recently unloaded another mansion -- this one in Florida. According to the Palm Beach Daily News, Abony sold the eight-bedroom 1950s-era Regency-style house for $9.64 million early last year.

The publication reports that Abony and his wife divorced in 2014, and he took sole possession of the Palm Beach house as part of the settlement.

His New Brunswick property is carved into a lush forest that surrounds picturesque Lake Utopia, located roughly 70 kilometres east of Saint John near the Bay of Fundy.

MacTavish said Abony -- an avid tennis player and owner of the California-based professional tennis team the Orange County Breakers -- may keep a couple of tennis courts for personal use.

"It's just a very magnificent property," he said. "We're hoping for that person who likes seclusion and privacy and wants a place to get away."

It may be New Brunswick's most expensive real estate listing ever, and is currently one of the most expensive in the Maritimes. An ultra-modern, seven-storey, 11,000-square-foot home is currently up for sale on Halifax's Northwest Arm for $10 million.

Potential buyers of the Utopia estate, of which there have been a couple, must be qualified to purchase the home. MacTavish conceded that selling a home worth more than many people would make in their entire lives is not an easy task, and can take upwards of six years.

"It's not something that's expected to sell like a typical residential home and Mr. Abony realizes that," said MacTavish. "But we're confident there's a buyer out there in the world."

He said he's now looking south of the border for potential buyers.

"With the election results, we're hoping it will bring someone up who wants to get away and just relax and enjoy the beautiful Canadian countryside," said MacTavish.

But as for the reason Abony is selling the four-year-old home -- MacTavish said that's confidential information.

-- By Aly Thomson in Halifax