'This is our top priority': Nova Scotia Power continues efforts to get the province back online following Fiona

'This is our top priority': Nova Scotia Power continues efforts to get the province back online following Fiona 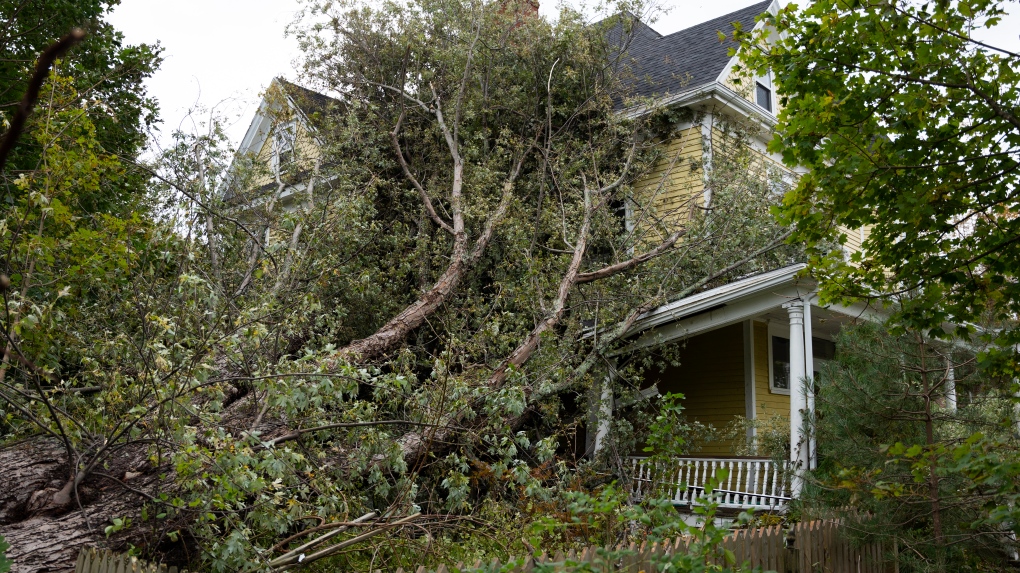 As Nova Scotia continues its clean up and restoration efforts after post-tropical storm Fiona left damage throughout the province, the focus remains on clearing trees and debris and getting the province back online.

"We know it's been a long haul for folks, especially in Cape Breton and northern Nova Scotia, and I think I can speak for the team here at the provincial coordination centre when I say thank you for your patience. We're working together with our partners to get everybody back online," said Jason Mew, the director of the incident management division with the Nova Scotia Emergency Management Office (EMO), during a live news conference Thursday.

Mew says the Department of Natural Resources and Renewables and the Wildland Fire Team have more than 100 people on the ground, with more on the way from Quebec and New Brunswick.

"With more on the route in the next couple of days, that's double the number of crews out clearing the way today so that Nova Scotians can get their power back on as quickly as possible," said Mew.

According to Mew, there are also an additional 1,400 crew members on the ground working to repair power to the province as quickly as possible.

"I want to assure Nova Scotians that this is our top priority, and again, I know it's been hard for folks who are still without power," he said.

Nova Scotia officials also said during the live news conference that Thursday will be the last scheduled Fiona update, unless one is necessary to hold.

Matt Drover is the storm lead with Nova Scotia Power. He says the extreme devastation left behind by Fiona has made restoration efforts more difficult.

"Specifically in the northern part of the province, Truro, Antigonish, New Glasgow, and all of Cape Breton have really been hit the hardest. Everywhere was hit, and those areas were hit the hardest," said Drover.

As of Thursday at 4 p.m., more than 71,000 Nova Scotia Power customers were still without power.

When asked if power lines would ever be installed underground provincewide to help avoid major outages, Drover said, while underground power lines can be more reliable, it can also create longer power outages.

"While underground systems can be more reliable when we have wind storms or tropical storms like this, when a problem does occur, it does take longer to find the problem and the outages can be longer when you do have an underground system," he said.

"We have over 500,000 overheard poles throughout the province, so it would be a huge undertaking to bury all those lines, but we are looking at all times to work with municipalities and developers to find opportunities where that does make sense," he said.

Drover admits underground power line systems do tend to perform better when it comes to wind and tropical storms.

Drover expects most Nova Scotia Power customers will be back online by the end of the day Friday, adding that some customers in severely damaged areas may be without power until early next week.

Nova Scotia Power says there are more than 15,000 workers out in the field working to restore power as quickly as possible, with hundreds more working behind the scenes. That includes 300 Canadian Armed Forces members spread out across the province with more than 200 in Cape Breton. However, Premier Tim Houston said Thursday it’s not enough and he's requesting more military assistance.

"We have incredible military resources stationed right here in this province and I know that they would want to help and I know they would drop everything to help,” said Houston. “I urge the federal government to give us and to deploy more of the support that we need."

At the height of the storm, there were 415,000 customers without power in Nova Scotia.

"The restoration efforts are going to take human intervention and it's going to take people, clearing trees, moving debris and so the more people we can have working on this, then the quicker power can be restored,” said Houston.

Nova Scotia Power says Fiona was comparable in size to post-tropical storm Dorian in 2019, which left 411,000 customers in the dark. The utility company also says Fiona was just as intense as Hurricane Juan in 2003, which caused 300,000 power outages mainly in the Halifax Regional Municipality and to the north.

The province says it's too early to determine the financial impact of Fiona but when comparing storms, Dorian's damage cost roughly $38.9 million in damage, which was the highest storm damage Nova Scotia power has ever seen.

It's expected Fiona will be even more costly.

While the federal government was successful in procuring COVID-19 vaccines amid an urgent pandemic situation, the Public Health Agency of Canada (PHAC) fell short when it came to minimizing the number of doses wasted, according to Canada's auditor general.

Montreal Canadiens star goalie Carey Price reversed course and said he did in fact know about the 1989 Polytechnique shooting spree that killed 14 women in Montreal despite previous comments that he didn't. He also apologized to those that may have been upset by his comments against the proposed federal gun legislation.

The Canadian branch of human rights organization Amnesty International says it was the target of a cyberattack it believes was sponsored by the Chinese state.

Critical injuries in plane crash on Highway 401 near Cornwall, Ont.

Two occupants of a small plane were seriously injured when it crashed into the Highway 401 median near Cornwall, Ont. Monday night.

In what researchers are calling a scientific breakthrough, scientists behind a new study may have found the biological reason we get more respiratory illnesses in winter. It turns out the cold air itself damages the immune response occurring in the nose.

A man was arrested Tuesday on suspicion of assault after an egg was allegedly hurled towards King Charles III during a visit to a town centre, police said.