'This is truly a sad day for Nova Scotia': Maritimers react to death of Prince Philip, Duke of Edinburgh

HALIFAX -- Flags flying on provincial buildings across the Maritimes are at half-mast on Friday following the news that Prince Philip, Duke of Edinburgh, died at the age of 99. 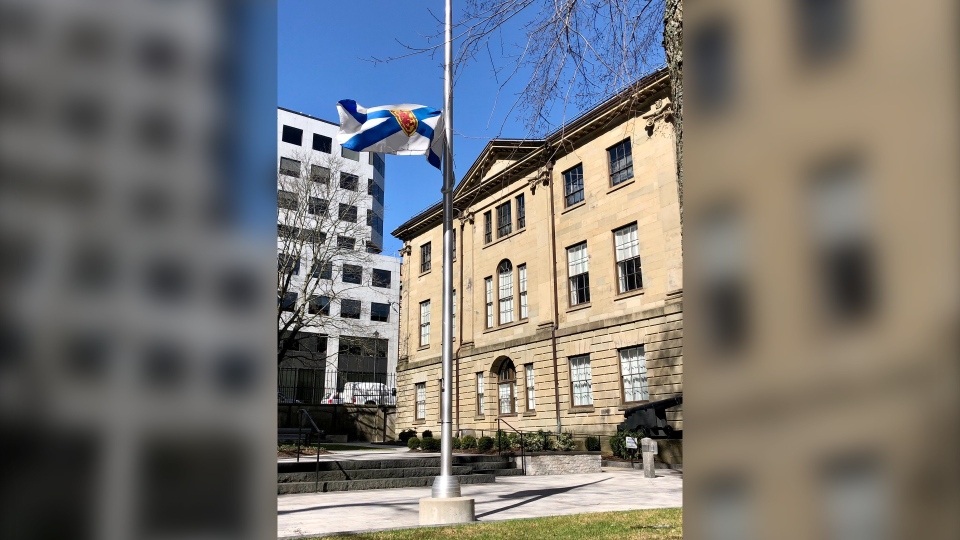 Prince Philip, the husband of Queen Elizabeth II, was born June 10, 1921. At the time of Philip's death, they had been married 73 years, the longest marriage of any monarch and consort.

Philip was the fifth child and only son of Prince Andrew, younger brother of the king of Greece.

"It is with deep sorrow that Her Majesty The Queen has announced the death of her beloved husband, His Royal Highness The Prince Philip, Duke of Edinburgh," the palace said in a statement. "His Royal Highness passed away peacefully this morning at Windsor Castle."

Maritime officials are sending their deepest condolences in memory of the Prince who made a number of royal visits to the region over the years.

In a news release Friday morning, the Lieutenant-Governor of Nova Scotia, Arthur J. Leblanc, says he and his wife are saddened by the news Friday morning. He added Philip will be long remembered for his support to many charities and organizations, in particular his creation of the Duke of Edinburgh Award program.

"It encouraged youth around the world, including thousands of Nova Scotian youth, to develop themselves through personal discovery and growth, self-reliance, perseverance and responsibility," said Lt.-Gov. LeBlanc. "On behalf of all Nova Scotians, I have written to Her Majesty the Queen to convey our deepest sympathy to her and all members of the Royal Family."

Today, The Hon. Arthur J. LeBlanc, Lieutenant-Governor of NS, received word from the Administrator of the Government of Canada confirming the passing of HRH The Prince Philip, Duke of Edinburgh, consort of Queen Elizabeth II.

In July 1976, Queen Elizabeth II and Prince Philip visited Nova Scotia, treated with much fanfare in Halifax’s downtown and at Saint Mary’s University.

They also visited the province in August 1994, including a tour of the Fortress of Louisbourg on Cape Breton Island.

Mayann Francis, the former lieutenant-governor of Nova Scotia, met Prince Philip once on a royal visit to Halifax in 2010 and it left an impression.
"What I really liked was watching his relationship with her majesty," she said Friday. "He always stayed behind her walking and it was just something to see the respect and clearly they were a very close couple."

"Prince Philip's connection to Nova Scotia spanned his lifetime," Rankin said. "He first came here as a young naval officer during the Battle of the Atlantic and last visited in 2010 to mark the 100th anniversary of the Royal Canadian Navy. This is truly a sad day for Nova Scotia."

It is with deep sorrow that Her Majesty The Queen has announced the death of her beloved husband, His Royal Highness The Prince Philip, Duke of Edinburgh.

His Royal Highness passed away peacefully this morning at Windsor Castle. pic.twitter.com/XOIDQqlFPn

"On behalf of all New Brunswickers, I extend to Her Majesty Queen Elizabeth II, and all members of the Royal Family, our most profound condolences," said Higgs, in a news release from the province Friday morning. "We fondly remember his many visits to our province over the years, both on his own and with Her Majesty The Queen, and the special efforts he made to meet with New Brunswickers from all walks of life who strive to make valuable contributions to their communities."

Premier Higgs regrets to confirm the passing of His Royal Highness The Prince Philip, Duke of Edinburgh, On behalf of all New Brunswickers, sincere sympathies are extended to HM Queen Elizabeth II and all members of the Royal Family. https://t.co/qutNX93sOE pic.twitter.com/TAIK2ppEu2

Higgs went on to say, "His Royal Highness will be deeply mourned by all and his legacy will continue through the thousands of young people who challenged themselves each year to achieve the Duke of Edinburgh Awards."

On Prince Edward Island, Premier Dennis King remembers Philip as "a most dutiful Royal Consort who, in defiance of his advancing years, actively participated in everyday duties and public engagements until 2017."

"We have been pleased to welcome His Royal Highness to Prince Edward Island numerous times since 1951 when he first visited with Princess Elizabeth prior to her accession to the throne," added King. "I offer our most heartfelt condolences to Her Majesty and Their Majesty’s children and grandchildren, and to all who mourn his loss worldwide."

Statement from Premier King on the Death of His Royal Highness The Prince Philip, Duke of Edinburgh #peigovnewsrelease https://t.co/aiYvnH1oq2

In a statement from Charlottetown City Council, they say flags at City Hall, Charlottetown Police Services Headquarters, Charlottetown Fire Stations 1 and 2, and Community Centres in West Royalty, East Royalty and Hillsborough Park, have all been lowered to half-mast to mourn the passing of His Royal Highness Prince Philip. They say the flags will remain at half-mast for eight days. 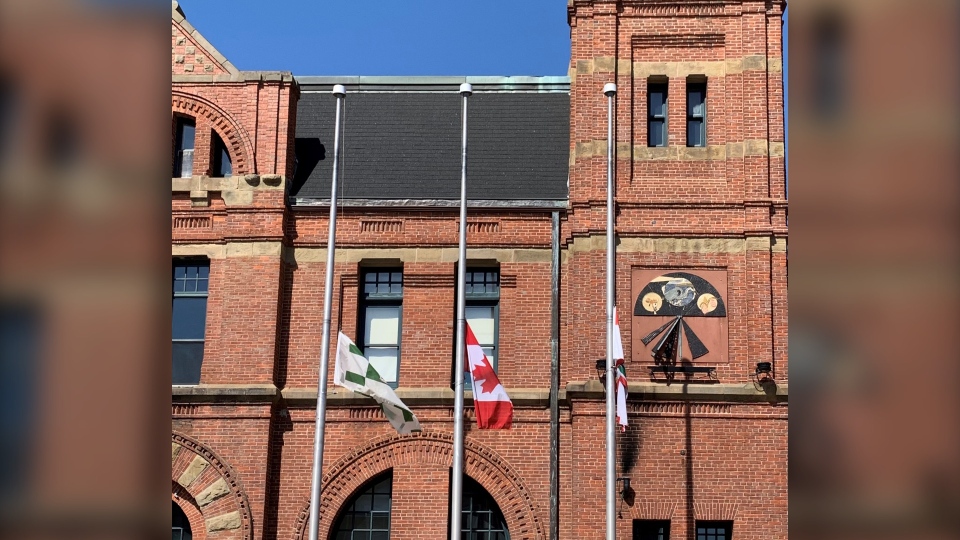 A memorial service for His Royal Highness is being planned to take place in about one week at the Cathedral Church of All Saints in Halifax. In a news release from Nova Scotia, it says more details will be provided when available.

Members of the public are also invited to sign a book of condolences at Government House on Barrington Street in Halifax from 10 a.m. to 4 p.m. each day until the day of the memorial service.

"As well, people will be able to sign the Government of Canada's official condolence book, which will be posted on the Lt.-Gov.'s website," wrote the province in a news release.

An area to place flowers and cards has been established in front of Government House. The province says all cards will be forwarded to Buckingham Palace.

An area for placing flowers and cards has been established in front of Government House, at 1451 Barrington Street in Halifax. All cards will be forwarded to Buckingham Palace. https://t.co/JNW5dk4fzL

Officials in Nova Scotia say flags on provincial buildings will remain at half-mast until the day of the funeral.

An Online Book of Condolence is now available on the Royal website for those who wish to send a personal message of condolence: https://t.co/0w7Vd7kYq0

Visit https://t.co/utgjraQQv5 for updates from Buckingham Palace and information about The Duke of Edinburgh's life and work. pic.twitter.com/fkV4FTvhqI

Funeral for Prince Philip to be held on April 17, Harry plans to attend

Prince Philip's funeral: What we know about plans to bury the Duke of Edinburgh

Too much Prince Philip coverage? BBC says complaints have been received

Always by her side: The life of Prince Philip, the Queen's lasting love

10 things you may not have known about Prince Philip

Controversial, candid, and not politically correct: Jean Chretien reflects on his time with Prince Philip

In Pictures: Prince Philip throughout the years

Send your condolences to the Royal Family