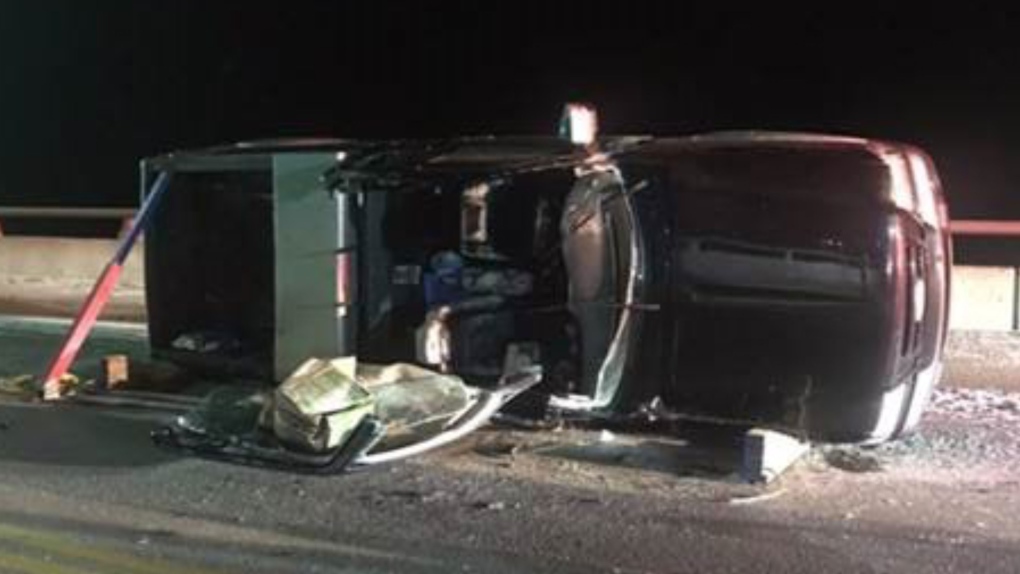 Three people sustained minor injuries when the driver of this 2008 Ford Ranger lost control of the vehicle. Police say roads were icy at the time. (New Glasgow Regional Police)

New Glasgow Regional Police, the Trenton Fire Department and Emergency Health Services responded to the collision on the Trenton Connector around 6:10 p.m. Wednesday.

Police say the driver of the 2008 Ford Ranger lost control of the vehicle, which then rolled onto its side.

“Icy road conditions at the time contributed to the Ford Ranger losing control and flipping over on its side, resulting in closing the road for over an hour in both directions,” said New Glasgow Regional Police Const. Ken Macdonald in a news release.

The driver and two passengers -- two males and a female -- sustained minor injuries.

One male and one female were taken to the Aberdeen Hospital in nearby New Glasgow for treatment.

The vehicle was badly damaged in the crash.