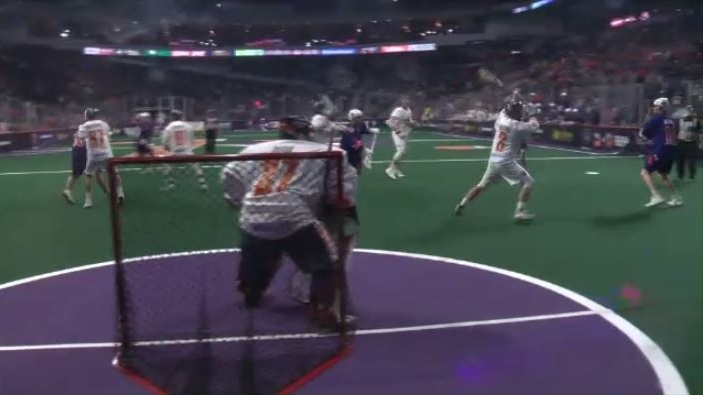 The Halifax Thunderbirds are a member of the National Lacrosse League, the top indoor lacrosse league in the world.

HALIFAX -- The addition of another sports team to Halifax's roster has so far been greeted enthusiastically by fans – and downtown businesses.

The Halifax Thunderbirds are a member of the National Lacrosse League, the top indoor lacrosse league in the world.

They join the Halifax Hurricanes basketball team and Halifax Mooseheads hockey team who play out of the city's downtown arena.

"There's been an amazing reaction," said Austin Shanks of the Halifax Thunderbirds."The whole community has been behind us, the fans have been amazing, December is tough to get fans out, and we exceeded that by far."

The addition of another sports team is also bringing people downtown.

"It's almost similar to what a Moosehead crowd would be," restaurant owner Bob Grant says of the crowd for a recent Thunderbirds game.

Bars and restaurants are keen about how schedules for the three teams are playing off each other.

The Mooseheads remain the biggest draw at, averaging a little over 8,100 people per game in 2018-19.

Early numbers show the thunderbirds are averaging about 6,000.

"We've always been committed to making sure we have a really diverse lineup of events for our fans," said Erin Esiyok-Prime of the Scotiabank Centre, where the three teams play."So having basketball, hockey and now lacrosse really helps us round out that offering for our customers."

Esiyok-Prime said arena management is "thrilled" with their three tenants.

The Thunderbirds are only a month into their first season, but they're already settling in.

"The fans are really amazing here," said Shanks, who hails from Whitby, Ont. "They're behind the Mooseheads and they're behind us, and we want to keep growing that community and that's why we're out here spreading the game of lacrosse and we want to get more people out there to cheer is on."

The Thunderbirds have also started some community outreach.

"Basically taking over gym class for a day and teaching everybody the game of lacrosse," Halifax Thunderbirds forward Kyle Jackson.