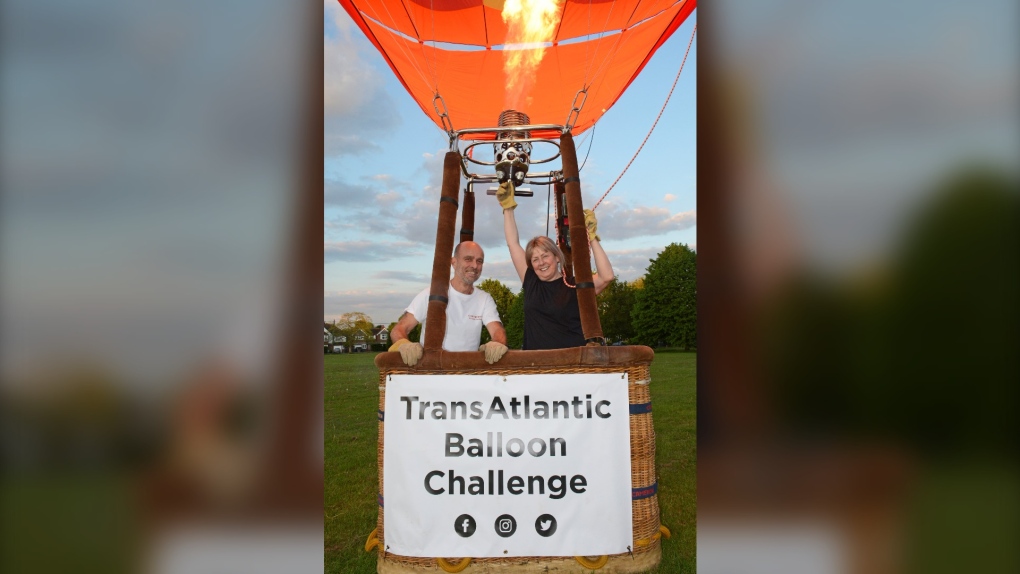 Mike Scholes and Deborah Day are seen in this undated handout photo. A British couple is hoping to make a record-breaking flight from Canada to Europe this summer, making her the first woman in command, and him the first blind crew member of a Transatlantic balloon crossing. (THE CANADIAN PRESS/HO)

FREDERICTON -- The COVID-19 pandemic has let the air out of plans for a record-breaking transatlantic balloon flight from New Brunswick to France this summer.

A British couple had planned to fly from Sussex, N.B., to France some time between mid-June and early August, but now say the pandemic has forced them to delay their plans until next year.

In a statement posted on their website, the couple says bad weather in Europe in January and February delayed their plans for a test flight in Germany, and by the time the weather had improved, the pandemic had taken hold.

The couple from Sussex, U.K., have been planning the flight for six years.

They say they now intend to launch from New Brunswick sometime between Mid-June and early August 2021.