Tree for Boston says final farewells to N.S. as it prepares for long journey 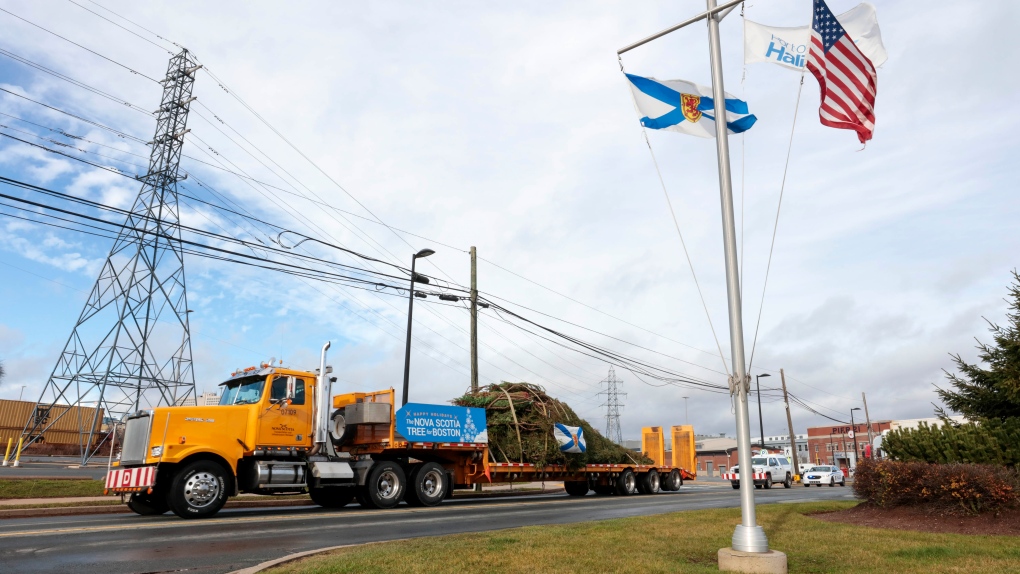 Nova Scotia sends a Christmas Tree to Boston each year as a thank you for their immediate support following the Halifax explosion in 1917. (Photo courtesy: Communications Nova Scotia)

HALIFAX -- A 45-foot white spruce tree is saying its final farewells to Nova Scotia as it prepares for a long journey to the city of Boston.

The Tree For Boston will leave Halifax on Wednesday and then travel to its final destination, the Boston Common.

This year's tree was donated by Heather and Tony Sampson of Dundee, N.S. 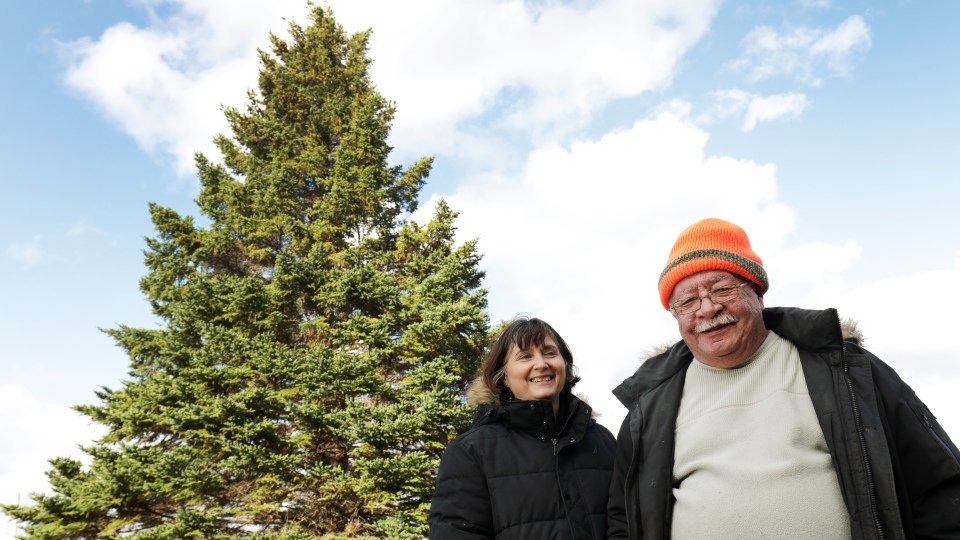 “My stepfather's mother was adopted from Boston when she was two. The tree comes from our property, which was passed down through the family. We've watched it grow for many years,” said Tony Sampson.

“It has quite a bit of meaning to me and my family to send Nova Scotia's gift to the people of Boston.”

“We want everyone to enjoy the tree and have a nice Christmas,” said Heather Sampson.

“It's been a tough year for everybody and hopefully the tree will put some smiles on everyone's faces. That's what the Tree for Boston is about, wishing everybody well and staying safe.”

Nova Scotia sends the special tree to Boston each year as a thank you for city's immediate support following the Halifax explosion, which killed 2,000 people and injured 9,000 more in 1917.

"Nova Scotia will never forget those who were lost and injured as a result of the explosion, and the support from the people of Boston," said Premier Stephen McNeil. 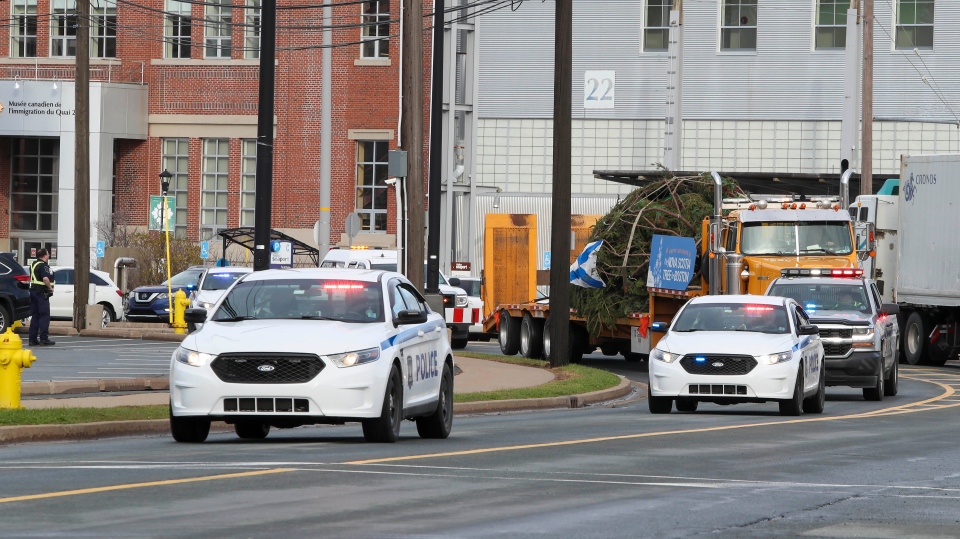 As a result of the pandemic, officials had to find an alternative way to transport the tree from the small community of Grande Anse, N.S., all the way to Boston.

This year, Nova Scotia partnered with the Port of Halifax, PSA Halifax, and Eimskip Canada to transport the tree on a container vessel.

"The Tree for Boston is such an important tradition for Nova Scotia. All of us at the Port of Halifax are proud to lend a hand in helping the tree make its way to the people of Boston,” said Captain Allan Gray, president and chief executive officer of the Halifax Port Authority.

“This year especially, we need to work together and celebrate those traditions that bring us closer together."

"Eimskip Canada is honoured to be a part of this important tradition and very happy to be able to take care of transporting the Christmas tree to the city of Boston,” said Thordis Thorlacius, liner manager with Eimskip Canada.

MacNeil says this year’s Tree for Boston has a special dedication during a difficult time for many.

"This year's Tree for Boston is dedicated to health-care workers, honouring both the 1917 response and those taking care of us on the frontlines of the COVID-19 pandemic,” said McNeil.

“We are thankful for the compassion and kindness shown in times of need." 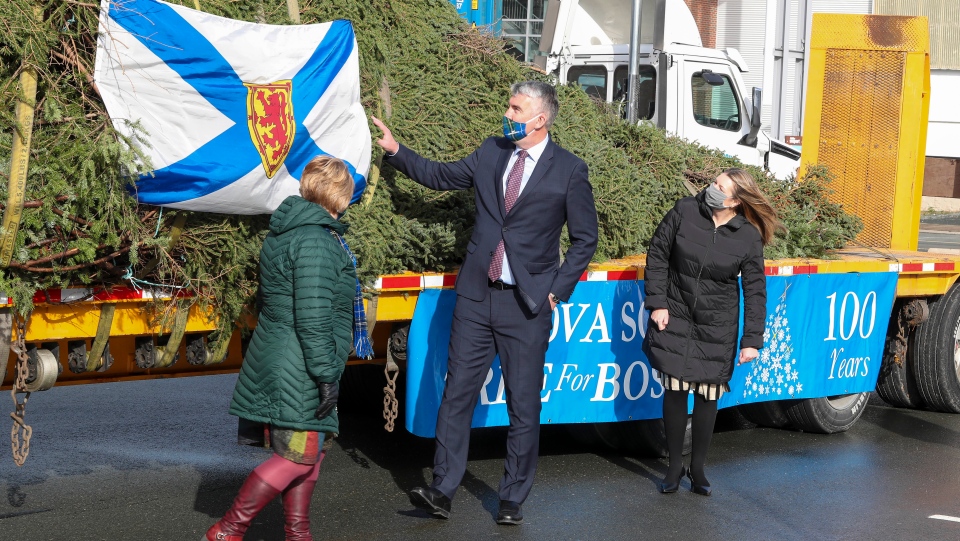 Due to the ongoing COVID-19 pandemic, the events will be streamed virtually this year.

Nova Scotians and Bostonians who want to take part in the celebrations can follow the Tree of Boston on social media leading up to the one-hour virtual tree-lighting ceremony, which takes place Dec. 3 at 8 p.m.

The evening will also highlight the Celtic Colours International Festival, featuring performances by The Barra MacNeils, and Sarah and Elizabeth MacInnis with Jenny MacKenzie.

According to the province of Nova Scotia, the broadcast is expected to reach an audience of more than 200,000 viewers on the special night.

The year 2020 marks the 103rd anniversary of the Halifax Explosion.

The tragedy occurred on Dec. 6, 1917 when the Norwegian vessel SS Imo collided with the SS Mont-Blanc, a French cargo ship laden with high explosives, in the Halifax Harbour.