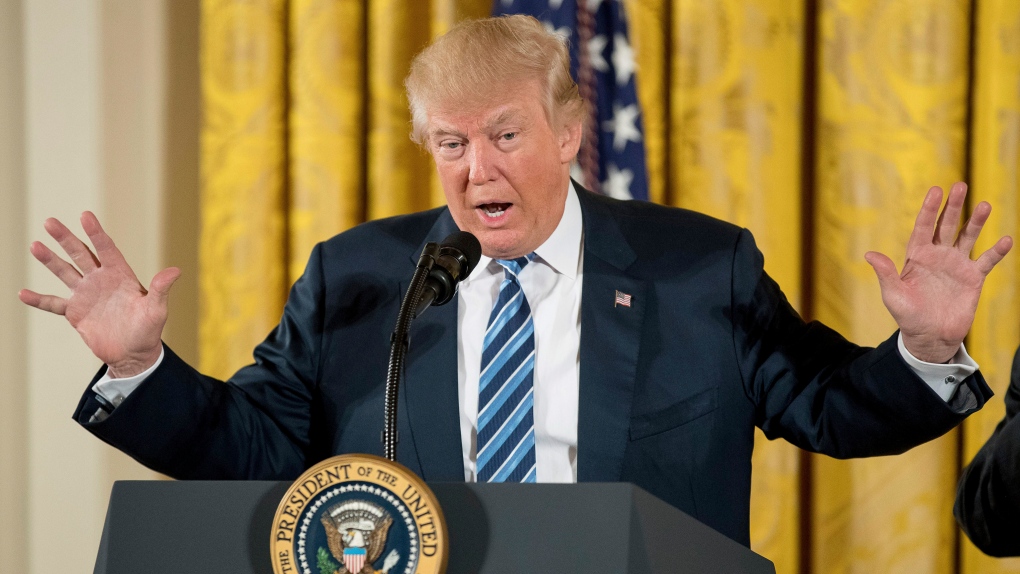 LOS ANGELES -- An Iranian-Canadian theatre director who shuttles between L.A. and Halifax for work says he has decided to stay in the United States for now, rather than cross the border under President Donald Trump's travel ban.

Shahin Sayadi says he can't risk being separated from his family in California as confusion looms about Trump's executive order barring citizens of seven Muslim-majority countries, including Iran, from entering the country.

"We're going to take it day by day and see how we can do this, but for now, I just don't feel assured that if I go I can come back," says Sayadi. "I feel I can't take the chance."

Sayadi moved to Los Angeles seven months ago with his wife and two children, but frequently travels back to Halifax to oversee Onelight Theatre, which he founded more than two decades ago.

Sayadi says he's unsure when he'll return to Canada, where he has been a citizen for 30 years, because he isn't certain he would be let back into the U.S. even though he holds a green card that allows him to live and work there.

"Over the past few days, it's even become more worrisome," said Sayadi's wife, Maggie Stewart. "It's more than just the ban itself, it's what it's opened up and the wide power it's given people to disrupt your life."

Trump's sweeping travel ban originally covered green card holders, but then the administration reversed course and said citizens of those nations who hold permanent U.S. residency can re-enter the country.

The sweeping measure has been stayed by several federal courts, leading to inconsistent implementation of the order -- leaving thousands of travellers like Sayadi in limbo.

Stewart is a Canadian immigration lawyer, and said she has seen an uptick in inquiries since the executive order was signed.

"I'm hearing from people who are worried whether they will have a safe and prosperous future in the United States and are looking to Canada as a place to live and grow with their children," she said. "Our restrictions are relatively minor ... In the name of security, it's the most vulnerable who are being the most affected."