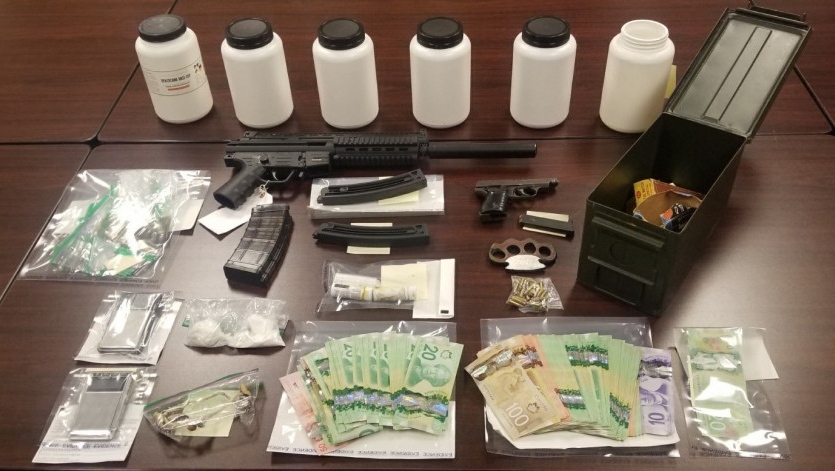 Police say at approximately 2:30 p.m. on Nov. 26, members of the New Brunswick RCMP, Fredericton Police Force and Woodstock Police Force executed a search warrant at a home on Regent Street in Fredericton.

Police say during the search they seized quantities of drugs believed to be cocaine and psilocybin mushrooms, a loaded firearm, a loaded prohibited firearm, various types of ammunition, drug trafficking paraphernalia and a quantity of money.

Two 21-year-old men were arrested at the scene. They were later released and are scheduled to appear in Fredericton Provincial Court on February 22, 2021.