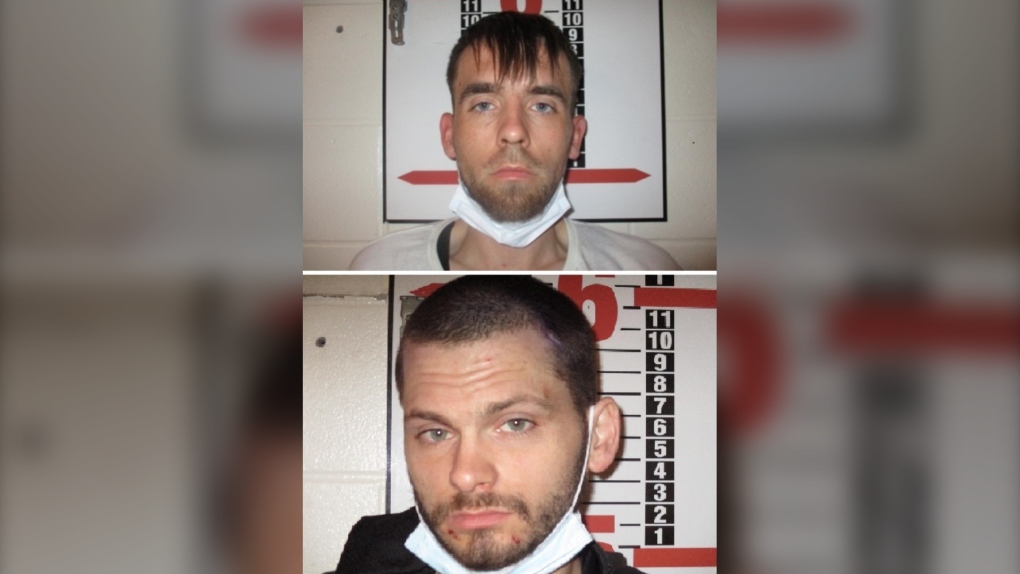 Two inmates have escaped from a jail in Dartmouth, Nova Scotia, the province’s Department of Justice confirmed Friday morning.

According to the Department of Justice, two inmates escaped from the Central Nova Scotia Correctional Facility in Dartmouth at around 8:51 p.m. on Thursday.

Chad Stephen Clarke, 28, was on remand at the facility for several charges including theft of a motor vehicle, theft under $5,000, possession, and break and enter.

Clarke is described as five-foot-ten-inches tall, weighs about 160 pounds and has light brown hair, blue eyes and a beard.

Thomas Joseph Smith, 31, was also on remand at the facility for several charges including driving while disqualified, failure to attend court, breaches of conditions, robbery, possession of a weapon for dangerous purposes and carrying a concealed weapon.

Smith is described as six-feet tall, weighs about 180 pounds and has brown hair, blue eyes and a beard.

Police are investigating, and ask anyone who has information to contact Halifax Regional Police.

The Department of Justice says they will conduct a full review of this incident.

Colin Powell, the trailblazing soldier and diplomat whose sterling reputation of service to Republican and Democratic presidents was stained by his faulty claims to justify the 2003 U.S. war in Iraq, died Monday of COVID-19 complications. He was 84.

Half of Canadian parents would vaccinate their 5-11 year old ASAP: survey

With Health Canada expected to soon begin considering COVID-19 vaccine eligibility for children aged five to 11 years, a new survey by the Angus Reid Institute says that more than half of Canadian parents plan to give their kids the jab as soon as they get the green light.

Former U.S. President Donald Trump answered questions under oath for about 4 1/2 hours Monday as part of a lawsuit brought by men alleging they were assaulted by his security during a demonstration outside Trump Tower in 2015, a lawyer for the plaintiffs said.

From serving as the chairman of the U.S. Joint Chiefs of Staff, earning the medal of freedomtwice and making the case for U.S. invasion of Iraq before the United Nations, CTVNews.ca has collected a selection of images that show the long career of the late Colin Powell.

The family of an Ottawa man who has been missing since Thursday is offering a $10,000 reward for tips that lead to him being found.