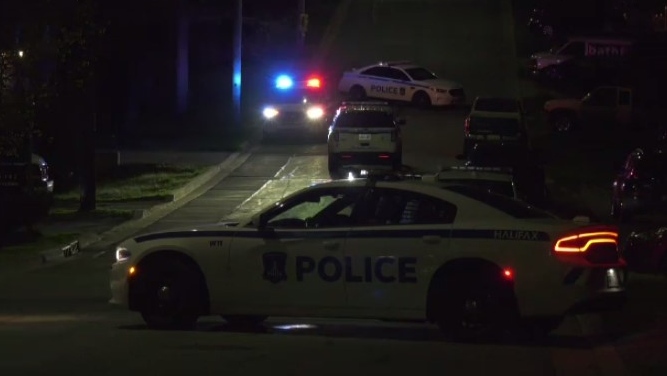 Police responded to the 0-100 block of Rufus Avenue in Halifax around 7:30 p.m. Saturday where they found a man suffering from what appeared to be non-life threatening injuries.

Two men are facing charges, including attempted murder, after a man was found injured in Halifax’s Fairview neighbourhood Saturday night.

Halifax Regional Police responded to a report of an injured person in the 0-100 block of Rufus Avenue around 7:30 p.m.

When they arrived, police say they found a man who has been assaulted by two men he knew.

The man was taken to hospital with what police say were non-life-threatening injuries.

Officers located two suspects in a nearby residence.

Nathaniel Logan Muise, 27, and Adrian Eric Muise, 32, were set to appear in Halifax provincial court Monday to face charges of:

Canadian advocates are cautioning against complacency regarding abortions protections in place in Canada, after the U.S. Supreme court voted to overturn Roe v. Wade on Friday.

A Member of Parliament from rural Alberta went live on Facebook Friday to celebrate a United States Supreme Court vote to end constitutional protections for abortion.

Two people were killed and 14 wounded on Saturday in a shooting at a nightclub and in nearby streets in Norway's capital Oslo, Norwegian police said.

Miners working in a gold field in Yukon have uncovered what is being called the 'most complete' mummified woolly mammoth found to date in North America, officials announced on Friday.

An Ontario driver is speaking out after a shovel struck her windshield while she was driving on the highway.

This is who's in and who's out of Doug Ford's cabinet

Ontario Premier Doug Ford has unveiled his cabinet for the 43rd Parliament and there are some big changes to the front bench.