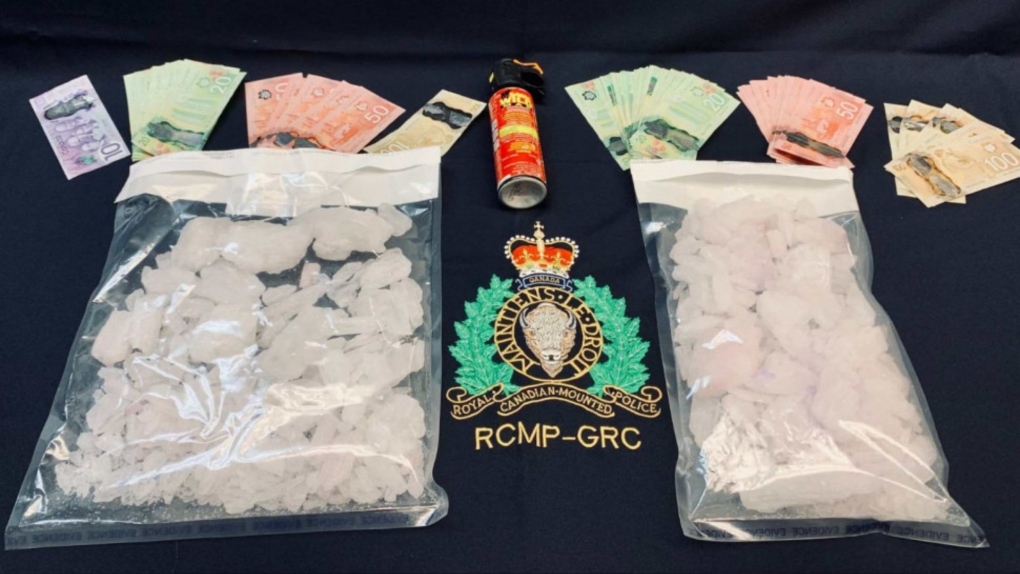 According to police, officers seized quantities of crystal methamphetamine and money as a result of the search. (Photo courtesy: RCMP)

HALIFAX -- The New Brunswick RCMP says two men from Moncton, N.B. have been arrested after police seized a "significant quantity" of crystal methamphetamine in relation to an ongoing drug investigation in the city.

On Thursday around 11:10 a.m., members of the Codiac Regional RCMP, New Brunswick RCMP Emergency Response Team and the RCMP Police Dog Services executed a search warrant at a home on Cedar Street in Moncton.

According to police, officers seized quantities of crystal methamphetamine and money during the search.

RCMP say they arrested a 35-year-old man and a 36-year-old man, both from Moncton, in connection to the investigation.

The 35-year-old remains in police custody on an unrelated matter. The 36-year-old man was later released pending a court appearance in August.

Anyone who has information about, or who suspects, illegal drug activity in their neighbourhood is asked to contact their local police or Crime Stoppers.