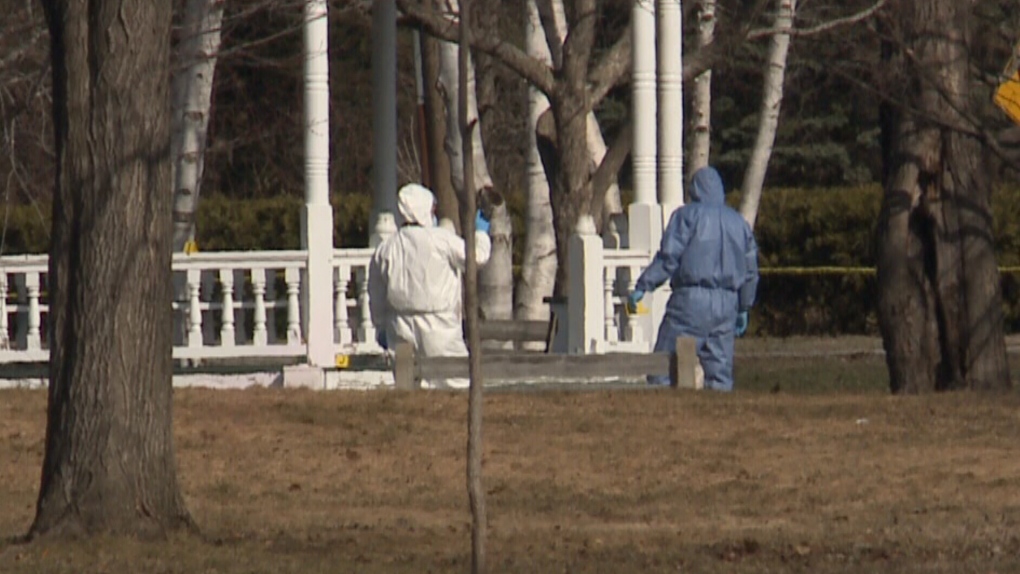 Investigators respond to the death of a man at Wilmot Park in Fredericton on April 15, 2020.

HALIFAX -- Two people have been arrested in connection with the homicide of a man whose body was found in a Fredericton park last month.

As part of their investigation into the man’s death, the Fredericton Police Force executed a search warrant at a home on the city’s south side on Monday.

Police arrested a 20-year-old man and a 21-year-old woman at the scene.

They are both expected to appear in court on Tuesday to face charges in connection with the death of 31-year-old Clark Ernest Greene.

A passerby found Greene’s body on the north side of Wilmot Park the morning of April 15.

Police say Greene had sustained significant injuries and he was pronounced dead at the scene.

Investigators later determined that Greene had been the victim of a homicide.

Police say the names of the two people accused in his death won’t be released until they are formally charged in court.