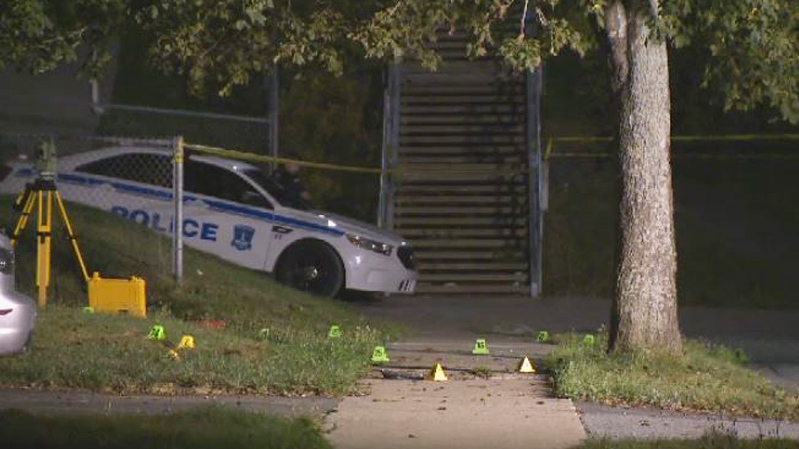 Halifax Regional Police respond to a complaint of a stolen vehicle on Brule Street in Dartmouth on Sept. 3, 2019.

Halifax Regional Police have arrested two people after an incident in Dartmouth that resulted in a police officer firing a gun at a vehicle.

Police say they were investigating a complaint of a stolen vehicle on Brule Street Tuesday evening and were following two suspects.

"The suspect vehicle collided with police vehicles, nearly striking involved officers," Halifax Regional Police said in a news release. "To stop the vehicle from striking anyone, one of the police officers fired their service pistol at the vehicle. Immediately following that, the two suspects fled in their vehicle from the scene to a location on Ochterloney Street in Dartmouth."

On Wednesday, police received a report of a vehicle that had been stolen from the 500 block of Portland Street in Dartmouth and the suspects were believed to be the same individuals involved in Tuesday night’s incident.

Police say the vehicle was located in the 300 block of Herring Cove Road in Halifax and both suspects were taken into custody without incident.

Both were scheduled to appear in Dartmouth Provincial Court Thursday to face charges for the two incidents, along with a robbery that occurred in Halifax on April 15, and two other incidents where the individuals failed to meet court-ordered conditions.