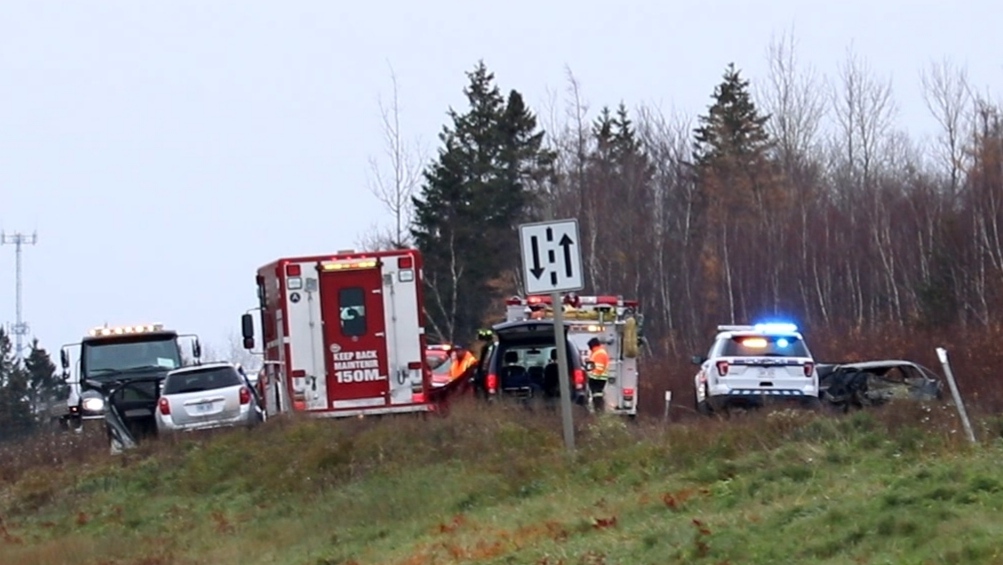 HALIFAX -- Two people are dead and a third is in hospital following a head-on collision in Shediac, N.B.

The RCMP responded to the crash on Highway 15 just after 10:30 a.m. Thursday.

Police say it appears a westbound car crossed the centre line and collided head-on with an eastbound SUV. The car caught fire as a result of the crash.

The driver, and lone occupant, of the car died at the scene. Police haven’t released any details about the man.

A 64-year-old woman who was a passenger in the SUV also died at the scene.

The driver of the SUV, a woman in her 70s, was taken to hospital with what are believed to be non-life-threatening injuries.

Both women are from Ontario.

Police say the cause of the crash is under investigation.