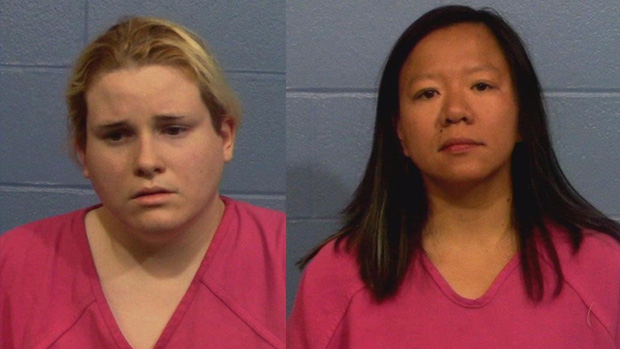 ST. JOHN'S, N.L. -- Arrest warrants have been issued for two American women who failed to appear in court in St. John's, N.L., last week after being charged with publishing a false bomb threat and defamatory statements on Twitter in June.

Hepzibah Nanna of Maryland, a self-described evangelist and online preacher, and her companion, Sharyn Richardson of Texas, did not appear in provincial court on Aug. 2 after being released on bail following their June 14 arrests.

Nanna, 29, and Richardson, 42, were arrested in St. John's and face criminal charges for conveying a false bomb threat on Twitter with intent to alarm the St. John's International Airport Authority.

They are also charged with publishing defamatory statements and obstructing a police officer in his duty.

Nanna has published several books about her religion and said in June that she was in St. John's on a mission from God, saying she performed "street ministry" and prayed for sick people. She said Richardson was with her to protect her from her alleged enemies.

According to public records from the Williamson County Sheriff's Office, the pair have also been charged in Texas for offences that allegedly occurred two days before their August St. John's court date.

The women were charged with resisting arrest, search or transport, and Richardson for violating a protective order. Richardson was released from jail on bail on Aug. 2 and Nanna on Aug. 4.

Nanna's now-unavailable Facebook page defined her as a "Revivalist, Evangelist and a Co-Pastor." As of June, Nanna had about 90,000 followers on her page where she streamed "online church" videos for a few hundred viewers at a time.

While in St. John's in June, Nanna told The Canadian Press that her ministry and her resistance to U.S. President Donald Trump were her main passions. Social media accounts linked to her featured both topics heavily, including unsubstantiated conspiracy theories linking Trump to human trafficking, though many of those accounts are no longer available.

The website had also asked people to financially support the ministry's travel expenses.