Uncertainty over future of refinery raises spectre of propane shortages in N.L. 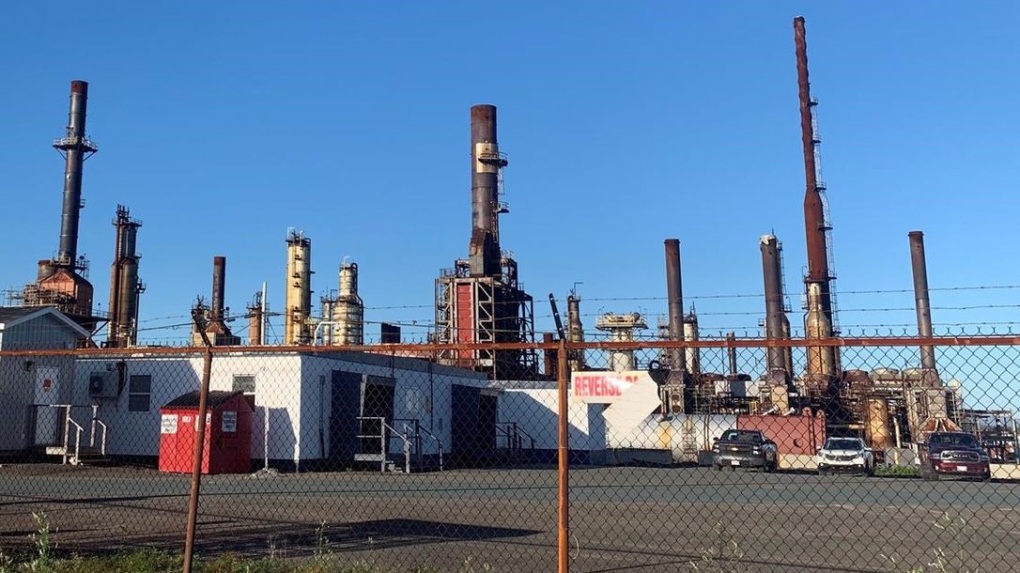 The oil refinery in Come By Chance, N.L. is shown on Tuesday, Oct. 6, 2020. THE CANADIAN PRESS/Paul Daly

HALIFAX -- The possible closure of Newfoundland's only oil refinery is raising fears about a propane shortage that threatens thousands of residential, commercial and industrial users, including most restaurants in the province.

The Come By Chance refinery has been idled since the pandemic hit in the spring, meaning that the island is being supplied by an interruption-prone supply chain that relies on the ferry from Cape Breton and trucks to reach population centres -- including an 800-kilometre haul to St. John's.

And with news Tuesday that Irving Oil has abandoned its planned purchase of the plant from its New York owners, that system may become permanent.

"Ninety five percent or more of the restaurants rely on propane," said Todd Perrin, co-owner of two restaurants in the St. John's area. "We're living in a province where a winter storm means you can't get fresh veggies . . . . Without propane you can't even cook an egg."

Newfoundland has ample hydro resources, along with its offshore crude oil production, but no natural gas.

Propane is the alternative, and the Canadian Propane Association estimates more than 1,000 commercial and industrial customers and nearly 2,000 households use propane as a primary energy source. Thousands more burn the gas for secondary uses such as cosmetic fireplaces and outdoor heating and cooking.

In the food service and hospitality sector, the gas plays an important role.

"Gas of any sort is the fuel of choice for cooking," says Luc Erjavec, vice-president for Atlantic Canada with Restaurants Canada. "Of course, with no access to natural gas on Newfoundland, propane is the only option."

The problem began when the refinery owners closed the 130,000-barrel-a-day plant as oil prices cratered in March during the first wave of COVID-19. More than 400 workers are on layoff, and this week's news has raised fears they may stay there.

Since the early 1970s, Newfoundland has had an operational oil refinery in Come by Chance, with some interruptions. It is the traditional supplier of more than 95 per cent of the island's propane and all of its jet fuel.

Gasoline, diesel, heating oil and jet fuel can also be supplied by coastal tankers sailing to ports including St. John's in the east and Corner Brook in the west, but the Newfoundland market is too small and remote to make shipping propane by tanker feasible.

Since the refinery has been dormant, propane has been shipped by rail to Nova Scotia and then on to Newfoundland via Marine Atlantic's ferry service. According to the propane association, the reliance on ferry and rail services represents "two bottlenecks." On the ferry, for example, there are only two or three dangerous goods crossings sail per week from the mainland.

A 2009 report from the provincial Board of Commissioners of Public Utilities acknowledged that in the past, unscheduled refinery shutdowns have caused "serious problems with propane supply," forcing distributors to make use of the mainland link at higher delivered costs.

In addition, winter ferry crossings of the Cabot Strait can feature severe ice buildup and high winds, which cause delays and cancellations.

Superior Propane, one of the three largest distributors on the island, declined to comment on plans for the coming winter. Officials at the refinery -- which operates as a distributor in addition to running the refinery -- did not respond to a request for comment on concerns or potential contingencies, nor did the Department of Industry, Energy and Technology.

Meanwhile, business owners like Perrin serve their customers knowing that "two to three days of no propane would end our business" in an already challenged operating environment.

James Walsh is an energy sector professional based in Toronto. He is currently a fellow in global journalism at the Dalla Lana School of Public Health at the University of Toronto.