University of King's College to examine possible links to slavery 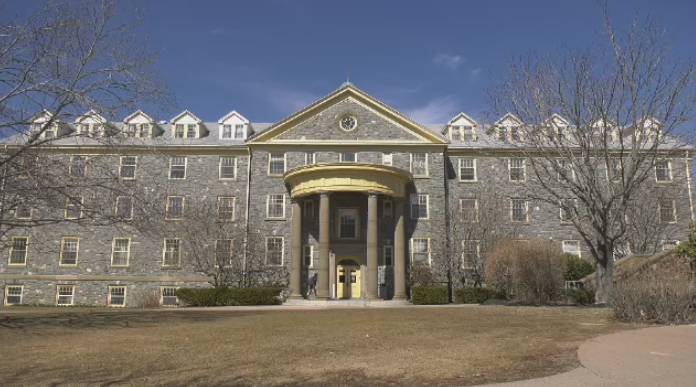 HALIFAX -- One of Canada's oldest universities is embarking on a scholarly inquiry to examine its possible connections with slavery in the late 18th and early 19th centuries.

The study by the University of King's College in Halifax will include original and independent research by Canadian and U.S. scholars, and is expected to be completed by early 2019.

"We are bringing the light of scholarly investigation and evidence to bare on important issues in the history of this university and indeed the history of Nova Scotia," said university president William Lahey. "For many of the decades in question King's University was the only university in Nova Scotia, so this is of provincial and we think of national importance."

Lahey said the idea is to examine King's past in an open and honest way in order to make the school as welcoming as it can to people of diverse communities -- including those from the African Nova Scotian community. He said the school would be collaborating with the community on the project.

"We hope this can become the basis of a stronger relationship with the African Nova Scotian community because this history is most obviously of deep importance to them," he said.

Kings was founded in 1789 by Loyalists, and Lahey said the school is a successor to King's College in New York City, which became Columbia University following the American Revolution.

He said Columbia recently published research showing how its predecessor was implicated with slavery and it's important for the Nova Scotia university to follow up on that work, pointing out that slavery existed in the East Coast province until 1834.

Lahey said the timing is also right, given another Halifax school that is affiliated with Kings -- Dalhousie University -- recently announced a panel to examine its founder's record on slavery and race as part of marking its bicentennial.

Lahey was direct when asked whether Kings is currently diverse enough: "No we're not."

"And it's a very important part of my mandate from the board of governors to enable this community to become more diverse, including with students of African descent," he said.