Dalhousie University says it's taking disciplinary action against students who took part in a rowdy party Saturday night that drew thousands to the city's south end.

"We are gravely disappointed in the deplorable, reckless behaviour of students who organized and attended large, unsanctioned and illegal street parties near campus yesterday," says a statement issued Sunday afternoon.

"We made clear to students last week that those who partake in these activities risked being sanctioned by Dalhousie through the university's Code of Student Conduct."

Sanctions range from mandatory training, probation, education, and denial of privileges, to more serious offenses such as suspension or expulsion from the university.

We are gravely disappointed in the deplorable, reckless behaviour of students who organized and attended large, unsanctioned and illegal street parties near campus yesterday. We are working very hard to ensure appropriate consequences will follow. https://t.co/dZ0sqeUeuh pic.twitter.com/fEAeAVHarZ

Dalhousie says the party not only violated pandemic gathering limits under the provincial state of emergency, it "showed complete disregard for the surrounding neighbourhood."

"Our community is disappointed and frustrated — and has every right to be. These are reckless, dangerous and disruptive gatherings. No one should be made to feel unsafe in their own home," the statement reads.

Police say they responded to several noise complaints on Jennings Street for a large, out-of-control party with thousands of people in the streets Saturday night.

Officers arrested 10 people, nine males and one female, for public intoxication and handed out numerous tickets for illegal possession of open liquor.

As the investigation continues, police say they expect more tickets will be issued. 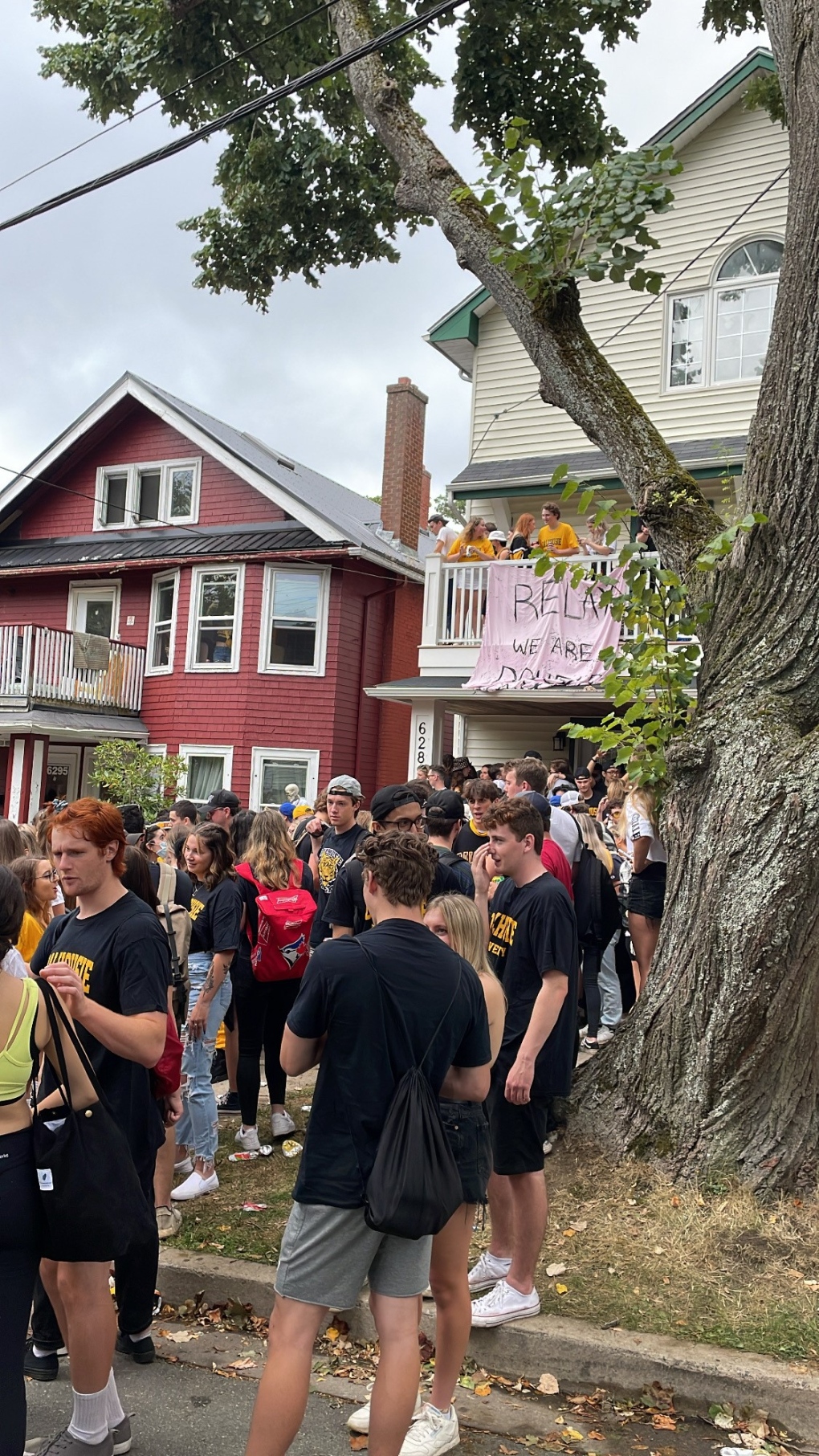 Peggy Walt lives a couple of streets away from the centre of the celebration but says the overflow spilled onto her street. She says around 2. a.m. she asked a group to go inside their building.

"We had groups of students partying on our street, and the Dal t-shirts and regalia, climbing trees, screaming, urinating outdoors," she said.

"They became very belligerent. They gave me the finger,  they told me they have the right to be out there."

She says "this has been the worst September we have experienced on our street."

Halifax Coun. Waye Mason agrees. He says that could be partially due to the double cohort of students attending university this year.

"You have twice the population of students who have no kind of grounding in adult behaviour," he says.

Mason lives just around the corner from the main gathering, which was broken up early by police but rekindled after dark.

"Everybody thought it was done. In the past, these things have always happened during the day.  Some kind of flash mob happened and they all ended up back on Larch Street, which is right around the corner, and there (were) over 1,000 people in the street," he said.

Nick Long attended the party with friends who are students at Dalhousie University.

Despite the crowds and police presence, Long says he never felt like the party got out of hand.

"It was what I expected, super crazy but felt safe the whole time," he said.

A potential homecoming party appeared to have already been on police's radar.

In a release issued Friday, police said officers will continue to be present in university neighbourhoods this weekend to avoid any "disruptive behaviour" and ensure public health measures are followed.

--With files from Maria Tobin.

Two British Columbia women who say doctors advised them against getting COVID-19 vaccines have filed a constitutional challenge of the province's vaccine passport.