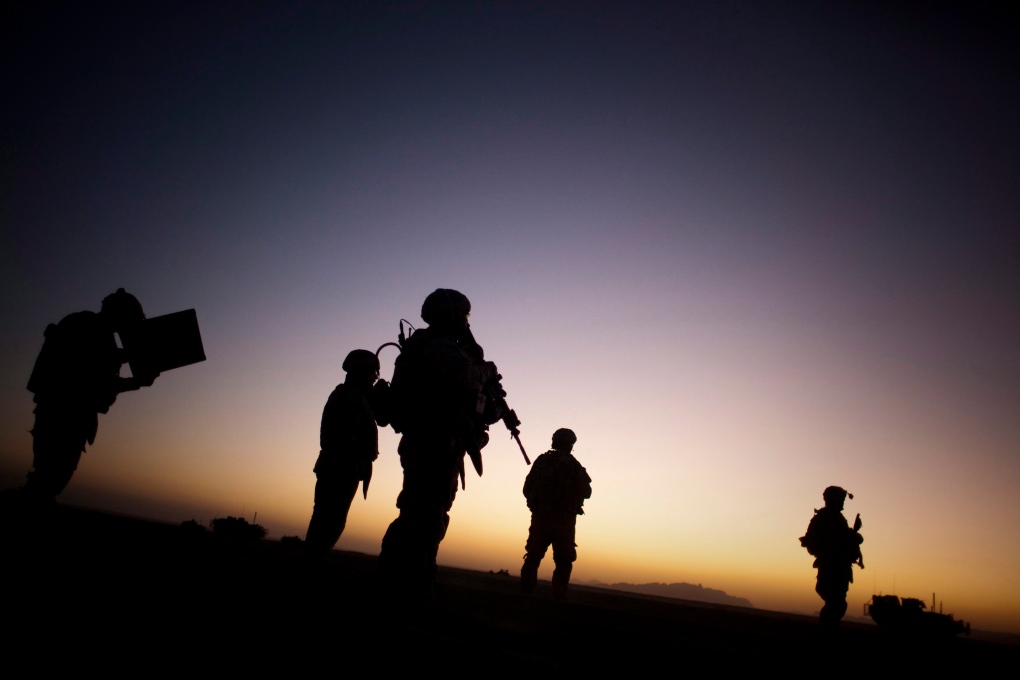 Soldiers patrol the outskirts of Spin Boldak, near the Afghanistan border with Pakistan, in 2009. (AP / Emilio Morenatti)

HALIFAX -- A disabled military veteran has launched a proposed class proceeding against the federal government to win long-term benefits he and others are being denied, alleging a deadline was missed because they received incorrect information from an insurer.

Fernand Kenney is seeking a judicial review of a decision not to grant him long-term disability payments related to post-traumatic stress disorder and his service during the war in Bosnia in 1993.

Kenney claims in a four-page application filed in Federal Court in Halifax that he was given the wrong information by the insurance provider and, as a result, did not go through a lengthy and costly process of applying for the benefits.

Dan Wallace, Kenney's lawyer, said the information led his client and others to believe they would not receive any payments based on calculations that were done using a formula that takes salary and pensions into account.

But Wallace said Wednesday that a previous court ruling in another matter involving veterans' benefits found that the formula was flawed and should be overturned, meaning Kenney should apply for and receive payments.

When he did, Kenney was told he had missed the 120-day deadline for applications, even though he was initially told he wouldn't receive any money and shouldn't bother applying.

Wallace said it doesn't make sense that a veteran pays premiums for his full military career and isn't able to collect on them because incorrect information was used from an insurance provider.

"If you tell me incorrectly that the benefits are zero and I don't apply based on that, then surely when I find out you were wrong, you can't say, 'Oh the time's up,' " Wallace said.

"He was disabled during wartime in Sarajevo and he paid into this plan his entire 20-some year career and he should be entitled to it."

Defence spokesman Daniel Le Bouthillier said the department could not comment because the matter is before the courts.

Wallace says Kenney, now in his mid-50s and living in Quebec, is severely disabled and has not worked since he was involuntarily medically released from the Forces in 2005.

Wallace didn't know the dollar value of the case or how many people would be included in the class, but he said he has been approached by about two dozen veterans so far.

This latest battle comes after Ottawa settled with about 7,500 claimants in a $887.8-million class-action lawsuit in 2013 over their clawed back pension benefits.

Dennis Manuge launched the suit on behalf of himself and other disabled veterans whose long-term disability benefits were reduced by the amount of the monthly Veterans Affairs disability pensions they received. The Federal Court said it was unfair of the federal government to treat pain and suffering awards as income.