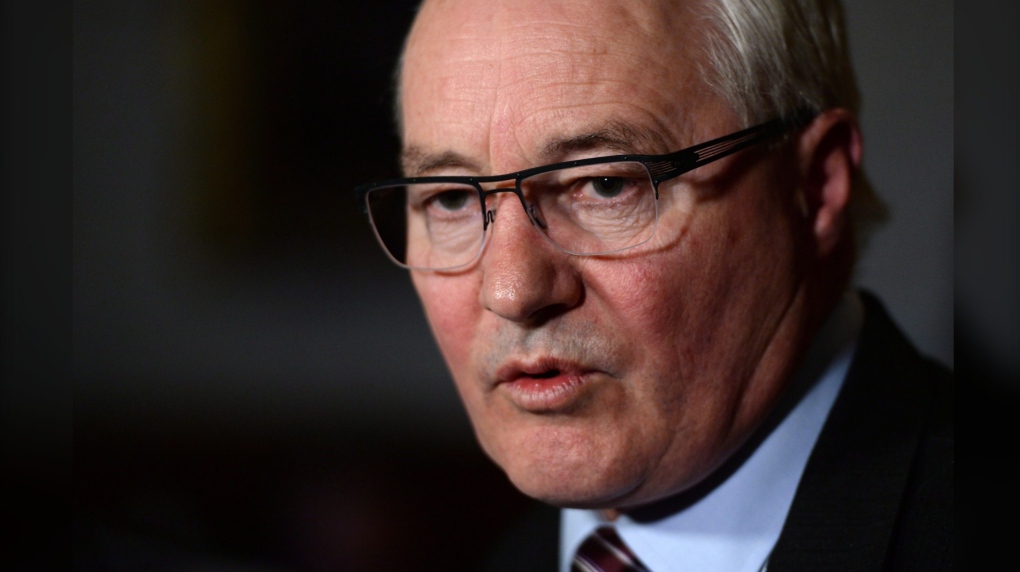 Liberal MP Wayne Easter holds a press conference in the foyer of the House of Commons in Ottawa on Thursday, March 26, 2015 to discuss the Liberal Party amendments to Bill C-51. THE CANADIAN PRESS/Sean Kilpatrick

OTTAWA -- Veteran Liberal MP Wayne Easter has decided not to run for a 10th term in Parliament.

Easter, 71, made the announcement in the House of Commons on Monday.

Although all parties profess not to want an election while the country continues to grapple with the COVID-19 pandemic, Easter notes that rumours of a summer election abound.

On the "off-chance" the rumours are true, Easter says he chose to announce his decision now in order to give prospective Liberal candidates time to come forward and compete for the right to carry the party banner in Malpeque during the next election.

Easter carried the rural riding in 2019 with 41 per cent of the vote, ahead of the Greens with 26.5 per cent and the Conservatives with 25.6 per cent.

Easter served as solicitor general in Jean Chretien's government and is currently chair of the influential House of Commons finance committee.

He's been known for speaking bluntly and sometimes critically of his own party. Most recently, he's been championing a swift reopening of the Canada-U.S. border.

"It is close to 28 years since I was first elected to this chamber," Easter told the Commons on Monday.

"It's been my honour to work with and serve the residents of Malpeque for nine terms."

Conservative MP Pierre Poilievre, one of the fiercest critics of the Liberal government's budgetary policies, tweeted his reaction to Easter's announcement.

"The last Liberal MP with a functioning calculator calls it quits," Poilievre said, adding that Easter had presided over many of his favourite moments at finance committee.

"A happy retirement to you, Wayne."

In a statement Monday evening, P.E.I. Premier Dennis King thanked Easter for his 28 years of service as an MP, noting that Easter has been King's local MP for the last 17 years.

King, who is a Progressive Conservative, noted Easter has been "a friend and ally to our government since 2019" and has worked collaboratively for the best interest of everyone in the province.

"As a political observer, I've watched Wayne since his first election in 1993 represent our province with dignity, respect, and integrity while ensuring the voices of Islanders were always heard in our nation's capital," King said in the statement.