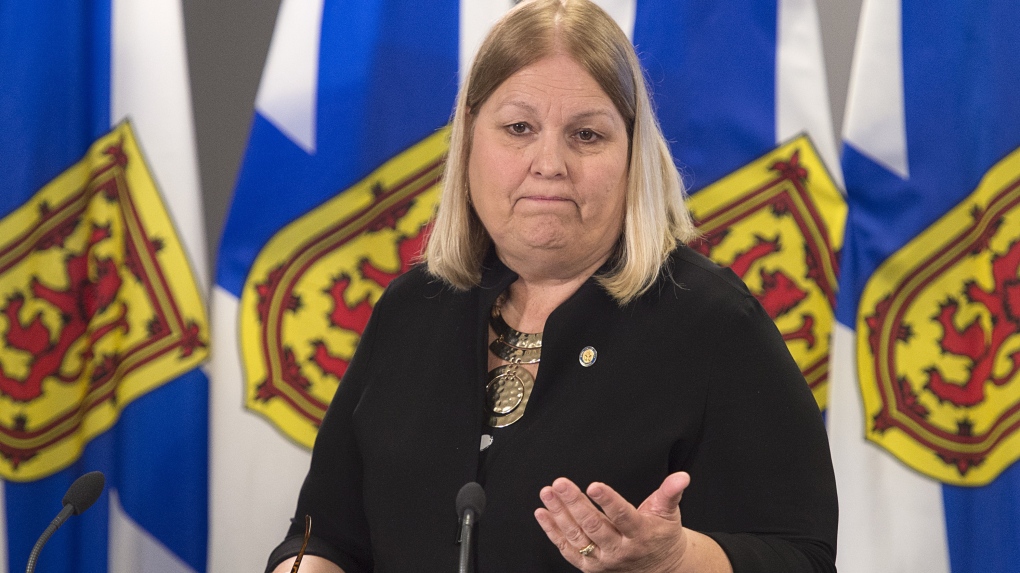 Margaret Miller said her resignation from the legislature will take effect June 1. Miller did not give a specific reason for leaving but said her move "does not reflect on my feelings for the party or my hardworking colleagues." (THE CANADIAN PRESS/Andrew Vaughan)

A veteran member and former cabinet minister in Nova Scotia's Liberal government announced Friday that she has submitted her resignation, sending the party to minority status in the legislature.

In a post to Facebook, Margaret Miller said her resignation from the legislature will take effect June 1.

Miller did not give a specific reason for leaving but said her move "does not reflect on my feelings for the party or my hardworking colleagues."

She said the message was a hard one for her to deliver. "It's not something I thought I'd ever do, but you all know I'm true to my beliefs and my word, and I believe that's why many of you voted for me," she wrote. An assistant in her East Hants constituency office reached by phone Friday said Miller was declining further comment.

Miller's pending departure follows the May 3 retirement of former premier Stephen McNeil and means the Liberals will no longer have a majority in the legislature. Once Miller leaves, two Liberal seats will be vacant, reducing the party to 24 seats in the 51-seat legislature. The Progressive Conservatives have 18, the NDP 5 and there are two Independents.

There is no set election date, although Premier Iain Rankin will have to call one by May 30, 2022, when his government's current mandate runs out. A raging COVID-19 outbreak has dampened election speculation, but there is the looming prospect of a fall legislature sitting with the Liberals in a minority position.

Lori Turnbull, a political scientist at Dalhousie University, believes the new alignment won't make much of a difference at this point.

"I don't think going from a caucus of 25 to 24 in the current circumstances really changes anything about the confidence in the government or the survival of the government," she said in an interview. Turnbull said the fact a government member is leaving for the reasons she stated could prove more challenging for Rankin at a time when he's also trying to deal with a public health crisis.

On Thursday, CBC reported that Miller sent an email this week to Rankin's chief of staff, saying she planned to resign from caucus following the hiring of a new director of strategic initiatives in Rankin's office. The report said Miller told Joanne Macrae she was "beyond disappointed" by the hire and saw no other way to express her feelings.

Rankin told reporters on Friday that he has seen the email and has asked his chief of staff and the executive director of the Liberal caucus office to look into the matter to ensure "that any allegation at all be dealt with."

"Due process needs to be followed to see if there are any formal complaints made previous to that email," he said. "I have been assured that there were no complaints raised before that email was sent into the office."

Rankin has said that he has "zero tolerance" for people who don't respect one another.

Miller announced in November 2018 that she would not run in the next provincial election and she has been focusing more recently on her husband's poor health.

"My family situation is well known and certainly needs my attention and further to that, recent events have dictated that this is the best course of action at this time," she wrote in a resignation letter to legislature Speaker Kevin Murphy.

A former president of MADD Canada, Miller was first elected in 2013 and had served in cabinet under McNeil, holding the environment and natural resources portfolios.