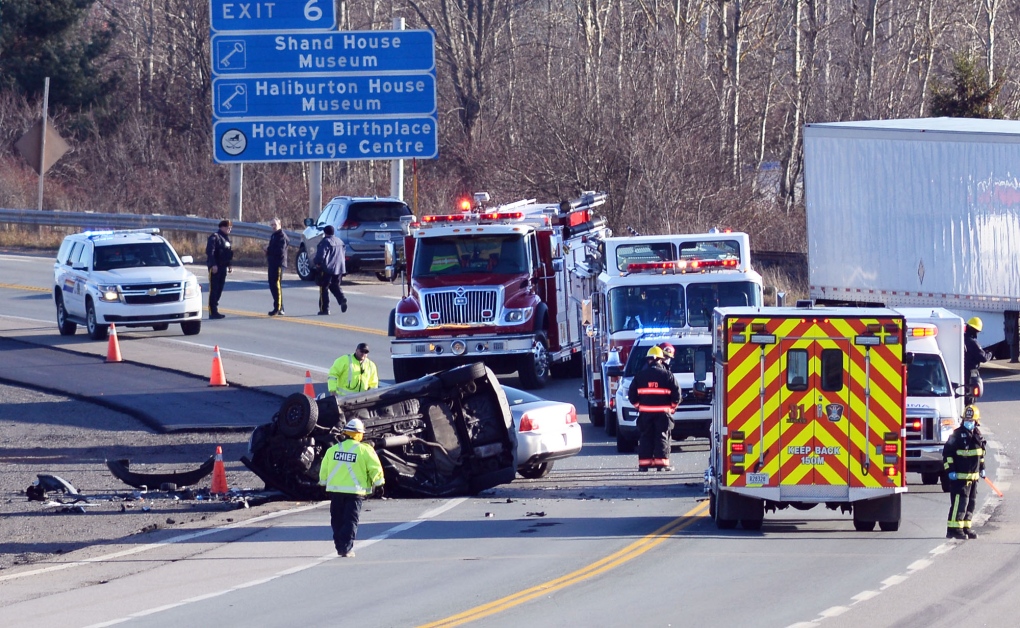 A section of Highway 101 was closed following an accident Tuesday. (Courtesy: Bill Roberts)

A section of Highway 101 has been shut down following a three vehicle collision on Tuesday.

Police say at least one person has been transported to hospital.

Traffic is currently being diverted through Windsor, N.S.

A collision reconstructionist has been called to the scene. Police expect the highway to remain closed for several hours.