Virtual choir brings N.L. students together in song, with cameo from Trudeau 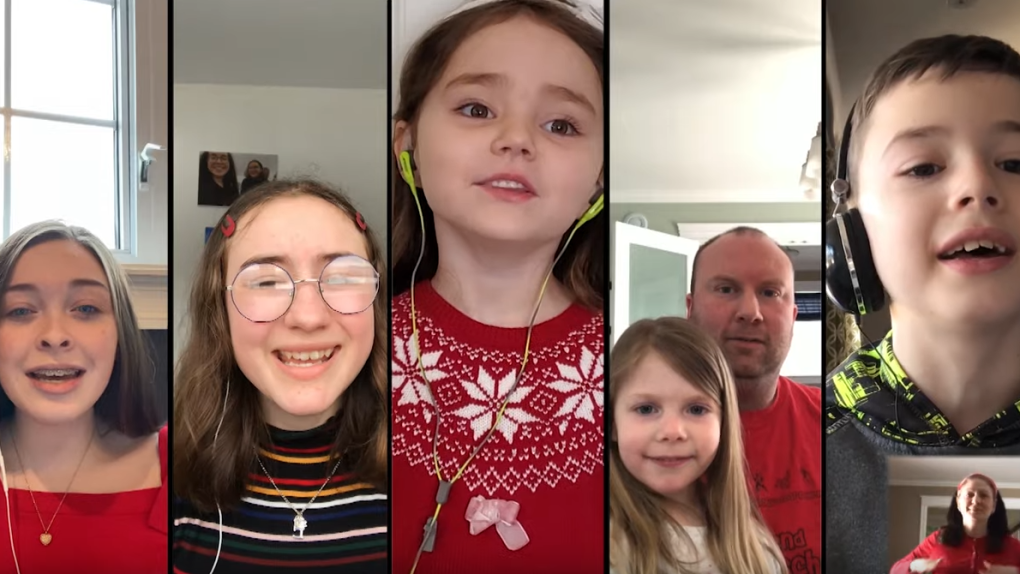 ST. JOHN'S, N.L. -- A "virtual choir" has brought students across Newfoundland and Labrador, along with professional musicians and politicians, together in song during the COVID-19 pandemic.

Students shared messages recorded from their homes about togetherness and physical distancing to contain the spread of the illness.

"We're in this together," Trudeau said in a selfie video recorded in the kitchen of his Ottawa residence.

The project grew from a smaller, 10-person recording led by Robert Colbourne, choral director at Holy Heart of Mary High School in St. John's, after his students were disappointed by a music festival cancellation in March.

Colbourne was approached by his school principal to expand the project and reached out to the school district for submissions.

"It was like a little snowball, it just kept growing and growing," Colbourne said by phone this week.

Around 350 submissions came back from more than 100 schools across the province, stretching from St. John's to Nain in northern Labrador.

Colbourne sent out a piano track so participants could follow along. The voices singing different choral parts in various languages including English, French and Inuktitut were stitched together for the final product.

"The result is very much a big choir sound," Colbourne said.

After the premier and local MP O'Regan agreed to read from a script for the project, Colbourne took a shot at requesting a submission from Trudeau.

"I didn't ask the prime minister to sing because, you know, he is kind of very busy at the moment running a full country through global pandemic," Colbourne joked, adding that Trudeau's "lovely message" about togetherness summed up spirit of the project.

He said the prime minister's office was intrigued by the emphasis on unity while staying apart --which also drew far more submissions than he expected from across the school district as teachers and students get used to digital learning.

Submissions had to be closed after the computer editing program started to crash, and Colbourne said teachers have asked about the possibility of a follow-up project.

He said he got to know colleagues from across the province during the planning process, and is considering other projects while schools are closed due to the pandemic, such as instrumental music with a traditional Newfoundland band.

Colbourne said it was a lesson for students and teachers about the possibility of collaborative, creative work across a wide geography while staying physically apart.