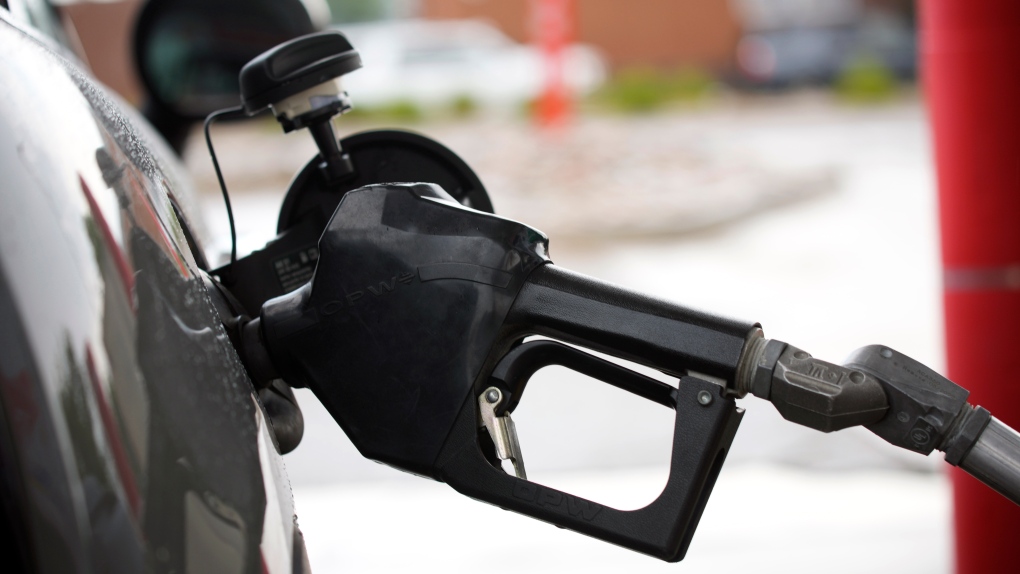 The handle from a gasoline pump hangs from the filler neck of a motorist's vehicle at a Shell station Saturday, July 31, 2021, in Englewood, Colo. (AP Photo/David Zalubowski)
GLACE BAY, N.S. -

Prices at the gas pumps these days are causing pain for people's pocket books.

Gas is currently selling at a minimum price of $2.10 a litre in the Cape Breton Regional Municipality – the highest prices at the pumps in the province.

"It's a kick in the 'you know where.' Holy cow, they're telling us to get out there and take off your mask and enjoy it, but what can you afford to do or go,” said motorist Bernie Larusic.

The price of gasoline has some motorists calling for financial help from the government.

“That $2 mark was a psychological threshold and I think everyone is talking about this now,” said Tom Urbaniak, a political science professor at Cape Breton University.

Urbaniak says there are options governments can consider to help consumers with the high costs of just about everything.

“Quebec gave $500 and is considering another $500 and that way, it's a little more equitable for people who rely on other forms of transportation,” he said.

According to the Canadian Tax Payers Federation, one-third of the price of gas in Nova Scotia is taxes.

Alberta recently suspended their tax on fuel, which led to an immediate reduction in the price of gasoline. Something Nova Scotia's finance minister said won't happen in that province.

Finance Minister Allan MacMaster said, instead, their focus is on people at the lowest income levels.

“People who have higher incomes, the inflation we're seeing is not a nice thing to experience, but they're more equipped to deal with it than people at the lowest income levels,” said MacMaster.

Government officials could get a break though. MacMaster said he's reviewing the province's government mileage rate.

“Anybody that is working for the government and providing service to the public, we don't want there to be any out-of-pocket costs. There is a cost to deliver services and it's the government's costs to bear,” said MacMaster.

Analysts are forecasting the price of fuel to drop in Nova Scotia at midnight Thursday.