'We deserve coverage': Why one rural Nova Scotia ER is closed for a month

'We deserve coverage': Why one rural Nova Scotia ER is closed for a month

Residents of a rural part of the Halifax municipality are concerned after learning the emergency department at their hospital would be closed for the entire month of January.

“Everybody’s concerned, because we are a large geographic area,” says Janice Christie, a long-time resident of Sheet Harbour, N.S. “So somebody that lives 30 to 40 minutes east, in an emergency, if they come up on their own, that’s still a 40 minute drive, with an emergency.”

Christie is working together with several residents as part of a community advisory committee to try to address the issue.

While the hospital itself, Eastern Shore Memorial Hospital, does have health-care staff on-site at all times, this is the first time in the facility’s more than 40-year history that the emergency department (ED) has been officially considered closed.

“We are people, we have industries here. We have the fishing industry that is still active, we've our wood chip facility over at the marine port,” says fellow committee member Greg Cross. “They all have the potential to get hurt or injured.”

Right now, the only option in an urgent medical emergency would be to call 911 and wait for an ambulance, in a system that is known to experience EHS delays.

Community members like Christie and Cross have been working hard to keep up staffing for the emergency department.

One of Sheet Harbour’s three family doctors has been covering most shifts, and then the community recruited several locums -- fill in physicians -- to cover off the rest, so that the ED was staffed at least 50 to 70 per cent of the time, says Cross.

But then, he says, that physician said he would be unavailable for emergency work for the month of January. After that, the locums left.

Christie says, in speaking to the locums, she discovered money was the main issue. 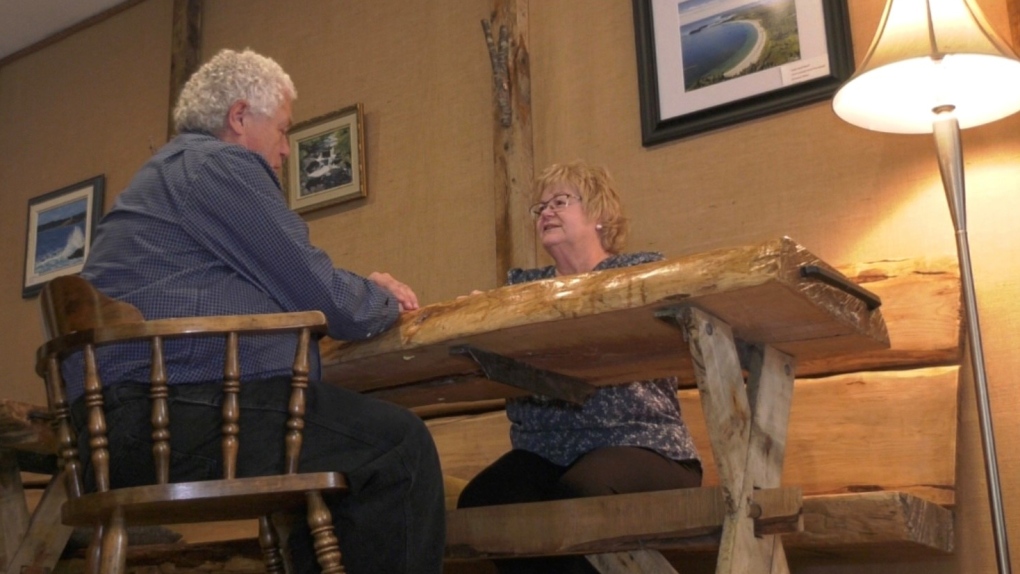 Greg Cross, left, and Janice Christie, residents of Sheet Harbour, N.S., are concerned that their local hospital's emergency department is closed for the month of January. (Heidi Petracek/CTV)

That’s because pay is tied to how a hospital is classified by the province.

Eastern Shore Memorial Hospital is set as a Level 4 facility, compared to a hospital such as the QEII Health Sciences Centre in Halifax, which is considered a Level 1.

According to the Department of Health and Wellness, Eastern Shore is one of seven Level 4 health-care facilities in the province.

The pay discrepancy came as news to Cross and the other committee members.

“Without that discrepancy being resolved,” he says, “we really don't have much hope of attracting locums to our facility to keep the ER open.”

With the ED closed at Eastern Shore Memorial, the next nearest one for most residents, is at least an hour away.

“The situation in Sheet Harbour is similar to many other communities across Nova Scotia,” says Dr. Leisha Hawker, president of Doctors Nova Scotia.

“The emergency departments have no real other option but to close when they aren't able to safely staff it with both physicians and nurses,” she says.

But Hawker believes the difference in pay based on the type of facility is warranted.

“There is a pay scale based on acuity,” she says, “it’s based on past billing numbers and usage of the emergency department, looking at the number of cases that come through that door,” she adds.

“Remuneration or funding is an important factor but we also have to look at all the ways that we can recruit physicians,” she says.

Nova Scotia's minister of health, Michelle Thompson, wasn’t available for an interview on the situation in Sheet Harbour.

Instead department spokesperson Jenna MacQueen would only provide a statement by email, writing in part: “Physician funding for emergency departments is based on the level of the emergency and services provided at each location.”

The province also pointed to financial aid available to communities for the recruitment of health-care professionals, and to incentives for rural doctors.

“The new Primary Care Physician Incentive Program encourages doctors to establish a family practice in rural communities. Physicians working in an ED are eligible if they provide 50 per cent office based primary health care,” the statement continues.

All residents know is they want to find a way to make sure emergency care is restored in some way.

For Cross, that means trying to have the hospital classification changed, or to come up with an alternative long-term solution.

“Because we know there are issues trying to recruit family physicians,” he says.

“If we can’t do that, then we’re looking to…a model for our emergency department that may not be a full emerg as such, but it would be open 24 hours, seven days a week, and anybody showing up at the hospital would be able to get into the system, and …receive the care that (they) need.”

“It's a big concern,” says Christie, “because we deserve coverage like every other part of the province.”

In the meantime, Christie says the hope is the physician will come back on call next month, so the emergency department can reopen.

Harry Styles won album of the year at Sunday's Grammy Awards, taking home the top honour on a night that Beyoncé dominated and became the ceremony's most decorated artist. Beyonce won her 32nd award, breaking a 26-year-old record. But as in years past, the album of the year honour eluded her.