'We have to do better': N.S. opposition urges government to move faster on vaccinations 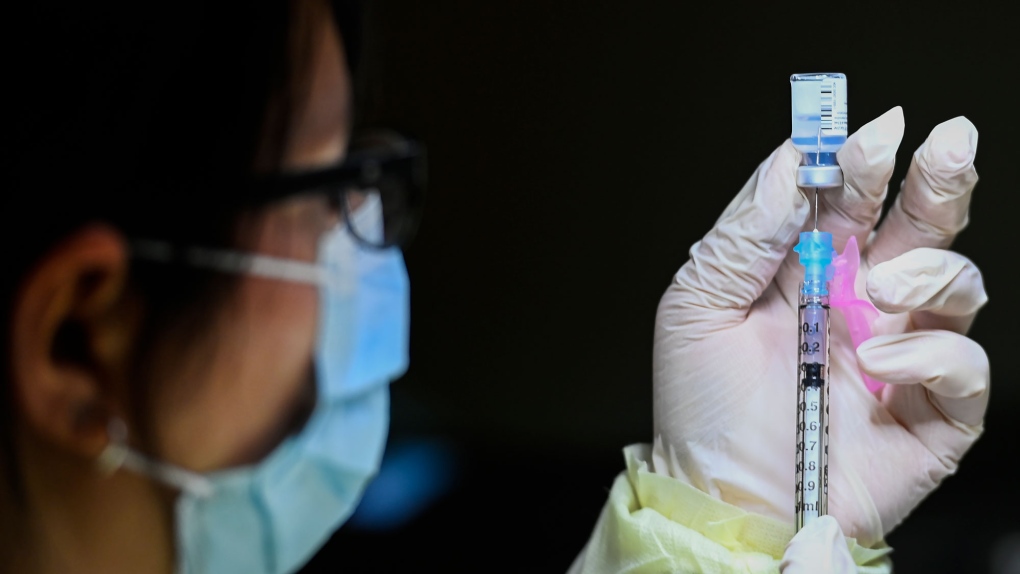 Francesca Paceri, a registered pharmacist technician carefully fills the Pfizer-BioNTech COVID-19 mRNA vaccine at a vaccine clinic during the COVID-19 pandemic in Toronto on Tuesday, December 15, 2020. THE CANADIAN PRESS/Nathan Denette

HALIFAX -- While the number of COVID-19 cases remains low in Nova Scotia, so too does the vaccination rate, according to the province’s opposition.

"We have to do better, we have to go faster,” said N.S. Progressive Conservative Leader Tim Houston. ”I'd like to see us leading the way."

As of Jan. 9, a total of 3,831 doses of vaccine have been administered in Nova Scotia.

Houston is urging government to move faster on vaccinations in the province.

"We've known for a long time people were looking forward to a vaccine being approved,” said Houston. “There was a lot of information about what it would entail, two doses, certain temperatures, the supply chain, so all of that planning is planning that could have been done early and certainly other provinces must have figured it out and we should have too.”

The province’s top doctor says there was a single vaccination site set up in Halifax in December. This month, the province is setting up 10 sites across the province, four at hospitals and six at long-term care homes. Dr. Robert Strang says each site requires planning, preparation and staff to be trained.

"You have to remember that we are delivering almost full health care services in our health care system on top of our COVID response, and then on top of that again we're layering the need to deliver vaccine,” Strang said at a press conference on Tuesday.

“So while it may look that it's taking a little bit of time it's the biggest, most complex health care initiative we've ever done in this province."

So far, Nova Scotia has received more than 13,000 doses of vaccine. The province is reserving half of every shipment to ensure second doses are available.

The premier says the vaccine that’s coming into the province is going into the arms of Nova Scotians as quickly as possible.

"The reality of it is we're about to receive through April, May and June a million doses. We want to make sure we have the infrastructure to put that vaccine in the arms of all Nova Scotians,” said Stephen McNeil.

Nova Scotia is in the first of a three phase vaccine rollout program, which focuses on immunizing front-line health care workers and long-term care residents and staff.

While we’re still in the early days of the vaccine rollout, the Pharmacy Association of Nova Scotia says the government is working with stakeholders to prepare for the next phases, when more vaccine is available.

CEO Allison Bodnar says pharmacists have offered their services and are ready to help.

"It's not just that we're willing and able we're one of the key partners that's going to enable government to meet their timelines that they've set out having 75 percent of all Nova Scotians vaccinated by the end of September and we're hoping that we'll be able to move forward and help with that endeavor,” she said.

Second year of pandemic 'could even be tougher': WHO

In 29 days, Canada has given enough COVID-19 vaccine doses to cover 1 per cent of population

'Don't forget about us': Ontario gastroenterologists who work outside hospitals frustrated by vaccine schedules

Canadians worried about the mental health of their co-workers, report finds

What you need to know about the coronavirus right now

Ontario addresses confusion about new stay-at-home rules. These are the answers to your top questions