'We just want this to move forward' – Family members hope for no further delays in public examination of N.S. mass shooting 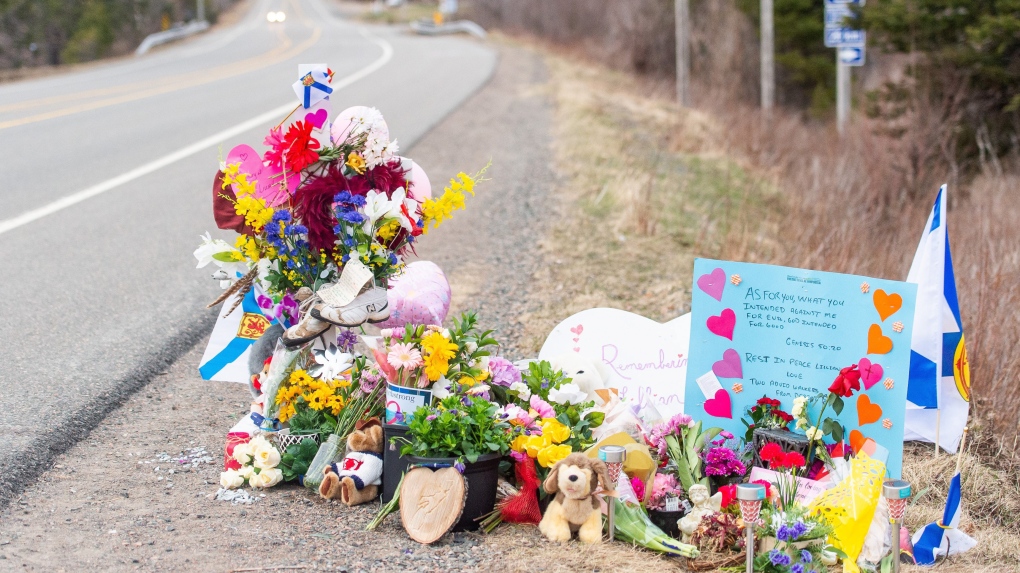 Family members of those killed in Nova Scotia’s mass shooting hope there will be no further delays for public hearings examining the massacre.

Earlier this month, the Mass Casualty Commission announced those hearings were delayed again and are now expected to begin in late February.

The Commission is examining the events of the April 2020 massacre, during which a gunman impersonating an RCMP officer killed 22 people and an unborn child while evading police over a 13-hour period.

In an interview on CTV News at Six Friday, two Nova Scotians who lost loved ones in the tragedy expressed frustration with the most recent delay in public proceedings.

“We understand it’s a long process,” says Nick Beaton, the husband of Kristen Beaton. The young mother, a VON continuing care assistant, was killed while pregnant with the couple’s second child.

“The delays, unexpected or unasked from our end, have piled up numerous times, and we just want this to move forward and we want this to get in the public,” says Beaton.

“We want to be able to move forward, we want it done right,” he adds, “and we want it just not prodded, but dug into so when it's done it's done, and we just want the truth and transparency, and I’m hesitant to say that we've had all that to be honest."

“My biggest fear at this point is that there’s not an adequate amount of time to get their final recommendations out,” says Dobson.

“I really do feel like we’re walking in with blinders on, because we have no idea what’s going to happen in the public hearings, we’ve really been left in the dark,” she says.

In a media release this week, one of the lawyers representing the families described his clients as “increasingly concerned” with the delay.

“In spite of these concerns,” Pineo writes, “our clients will continue to participate completely in trust that a public inquiry will, in fact, begin in February and that our clients’ ability to participate in the presentation and testing of evidence before the Commission will be full and unfettered.”

According to the Commission's website, public hearings have now been pushed to February 22.

The three-person commission, led by former Nova Scotia chief justice Michael MacDonald, is scheduled to release its interim report by June 1, and a final report by December 1. Those dates have been pushed back by a month since the Commission was first announced in the fall of 2020.

Conservative MP Ed Fast said it was becoming 'untenable' to do his job as finance critic within the Conservative Party of Canada, which is why he asked to be relieved of his duties.

A painting by Nova Scotia artist Maud Lewis that was once traded for a few grilled cheese sandwiches, recently sold for an astounding $350,000 at auction.

A charity that focuses on helping LGBTQ2S+ refugees facing violence and discrimination internationally is calling on the Canadian government to partner with them to facilitate a way out for hundreds of Afghans who have reached out to them in desperation.