Wildfire smoke from the United States reaches the Maritimes 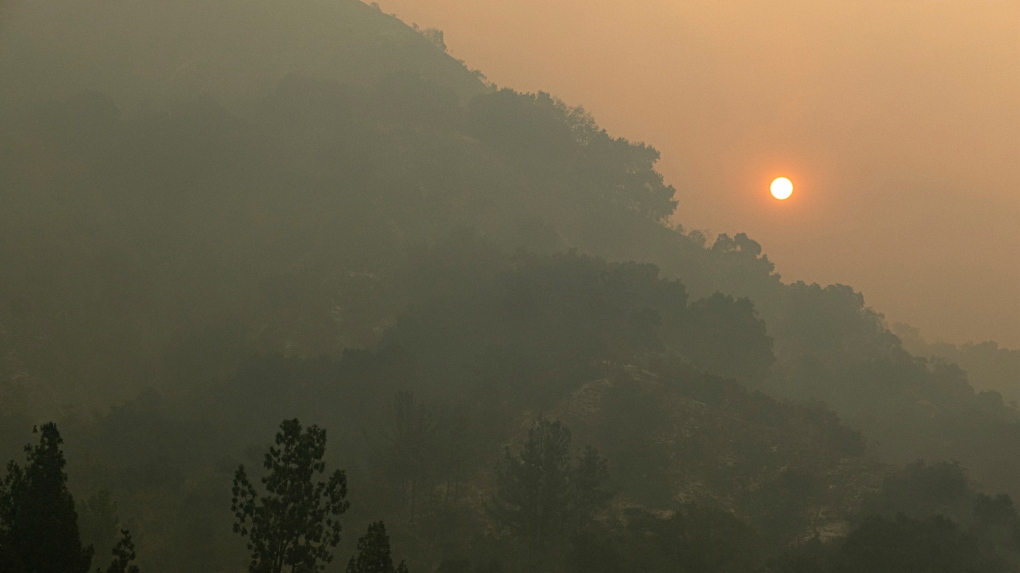 The sun rises though smoke over charred foothills above Arcadia, Calif., Monday, September 14, 2020. The Bobcat fire continues to burn in the foothills of Los Angeles County churning out a heavy smoke causing very unhealthful air quality throughout most of the region. (David Crane/The Orange County Register via AP)

HALIFAX -- A faint haze is present in Maritimes skies Tuesday. This is actually wildfire smoke advected in by higher level winds in the atmosphere from the fires burning in the western United States -- primarily California, Oregon, and Washington states. 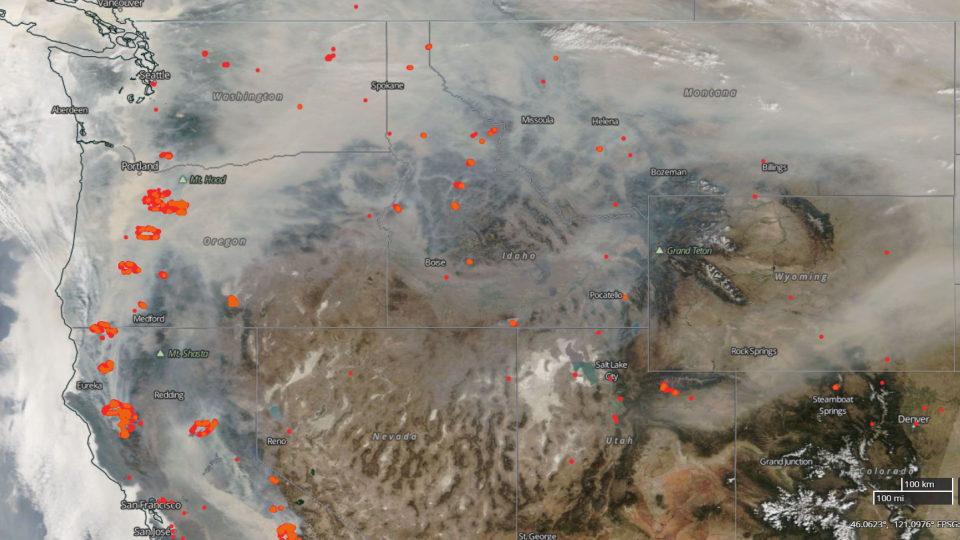 A high-resolution satellite image courtesy of NASA Worldview taken on Sept. 13. Much of the haze present on the image is wildfire smoke. The red dots indicate temperature anomalies, i.e. the fire locations.

Given the wildfire smoke has been brought in by prevailing winds about 5 to 10 km above the surface, and there isn't a strong mechanism present in our region to bring that smoke to the surface, it isn't expected to have a significant impact on air quality. The latest air quality forecast for the Maritime provinces is rated as low risk for both Tuesday and Wednesday.

The haze may make for a more colourful sunset Tuesday evening. The fine particles that comprise wildfire smoke scatter light of shorter wavelengths, such as blues and greens, while having less of an impact on longer wavelengths, like reds and oranges. This means that the sunset Tuesday evening may feature more reddish and orangey hues than typical, provided enough of the wildfire smoke remains present. 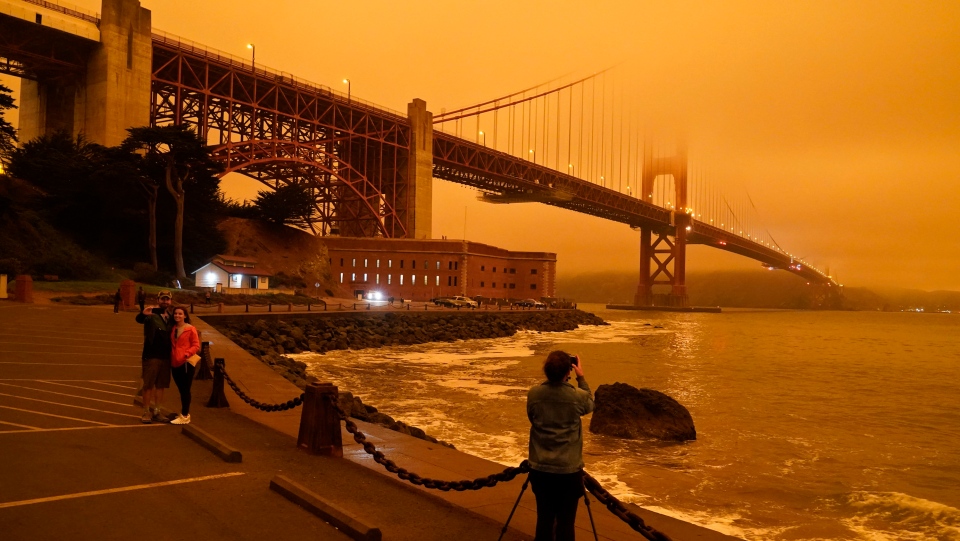 FireWork, an air quality prediction system run by Environment Canada that incorporates emissions from wildfires, indicates that smoke may continue to be present for Wednesday. High-level winds are fast above the Maritime region at the moment and a cold front is forecast to move through Thursday into Friday. The combination favours a clearing trend for any remaining smoke through the end of this week. 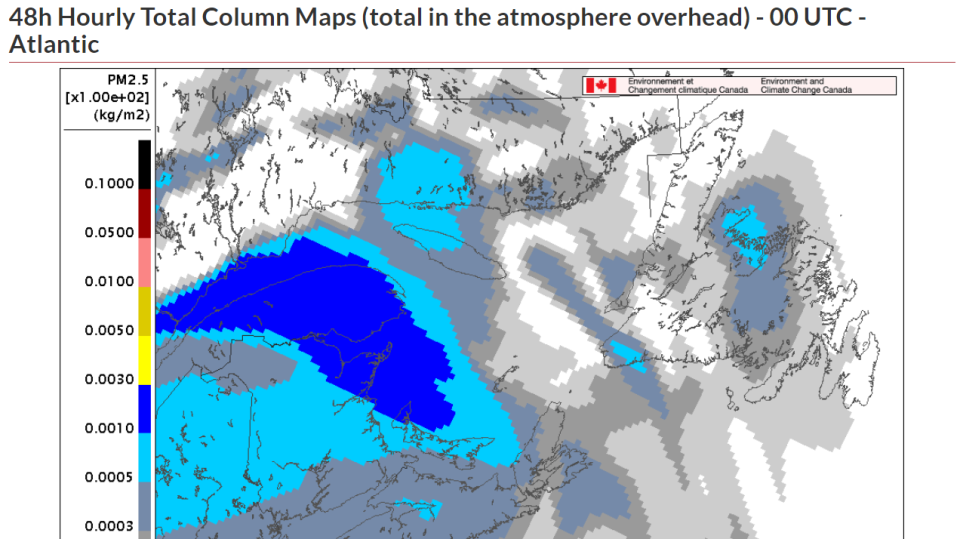 A wildfire smoke modelling system used by Environment Canada predicts the continued presence of smoke, at least at higher levels of the atmosphere, for the Maritime region Wednesday.

Given the extensive fires in the west, this may not be the last we see of this smoke over the coming weeks.