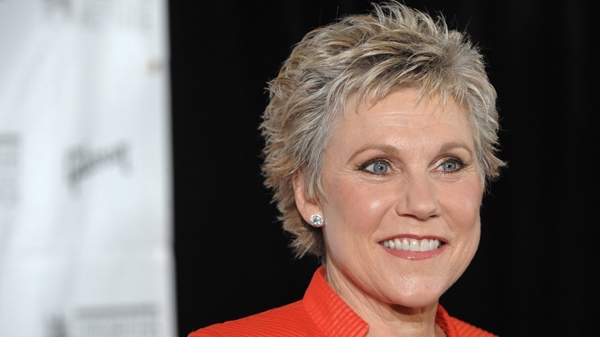 HALIFAX - Nova Scotia's songbird is choosing fight over flight in her lengthy battle against a wind farm near her summer home.

Anne Murray has written a letter to Premier Darrell Dexter, saying the proposed development is "deeply disturbing" and has no place in Pugwash, N.S., or near its scenic golf course.

Murray, who purchased a home in the area 30 years ago, said the wind farm would lead to plummeting property values and fewer tourists, adding that it would have a "catastrophic" impact on the economy.

"Wind turbines are imposing structures and definitely not the kind of thing one wants to see from a golf course," she wrote. "Turbines are a curiosity, but only once."

North Cumberland Wind Farm, an affiliate of Atlantic Wind Power Corp., is proposing to install 12 wind turbines generating 33 megawatts of power on land about two kilometres from the village.

The Halifax-based company had initially wanted to build a 27-turbine wind farm in 2006.

If the project goes ahead, Murray said the turbines wouldn't be visible from her home.

Company president Charles Demond said the corporation doesn't believe the project would have a negative impact on the area's economy or tourism.

"The vast majority of cottage owners are going to be a kilometre or more away," he said in an interview.

"It's a project that's supported by a number of folks in the community and area."

Lori Errington, a spokeswoman for the provincial Environment Department, declined to comment on the contents of Murray's letter.

"I can confirm that the Premier's Office did receive a letter from Ms. Murray regarding the Pugwash wind farm," she said. "I don't want to get into the specifics of her letter because this process is currently under review."

She said the correspondence will be included in public comments that are being collected as part of the province's review process. The deadline for public submissions is March 7.

A decision from the province on the proposal could come next month.

Last week, a citizen's group opposed to the wind farm issued a news release urging the province to suspend its public consultation. The Gulf Shore Preservation Association said environmental assessment documents filed earlier this month by the developer were incomplete.

Murray has campaigned for years against wind farm development in the area alongside the association, but said in an interview that it's the first time she's written the premier as part of her efforts.

"I just think the process is unfair and should be looked at by the powers that be," she said from Jupiter, Fla.

The Grammy and Juno award winner said she applauds Nova Scotia's renewable energy efforts, but ultimately believes wind turbines should be built in communities that truly embrace them.

"People are going to a place like Pugwash and that whole area to escape from industry, to have the serenity of the surroundings and the beauty," she said. "I think this would be a blight."