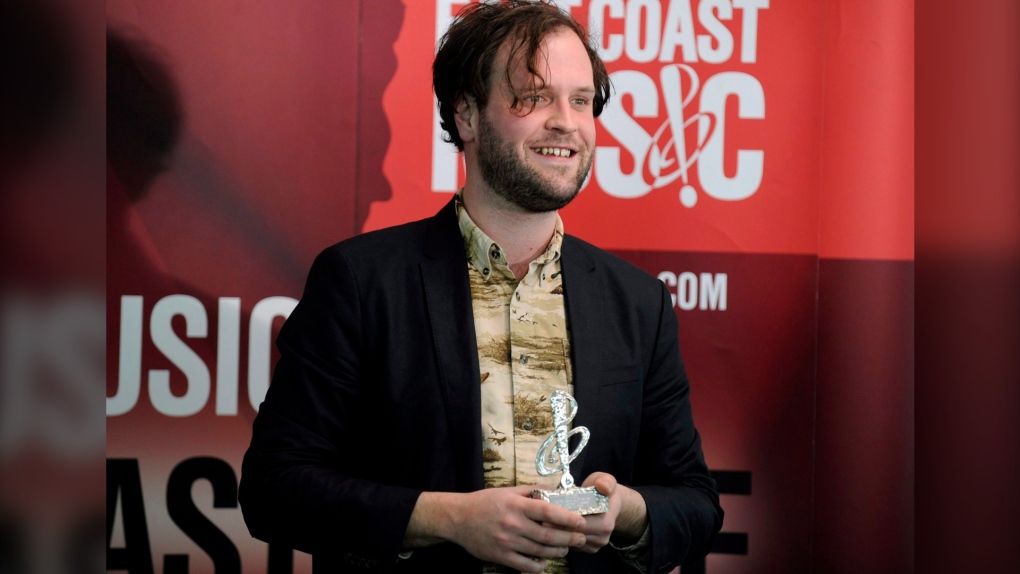 Loel Campbell of Wintersleep accepts the award for FACTOR Recording of the Year at the East Coast Music Awards in Charlottetown, P.E.I., on Sunday, April 17, 2011. THE CANADIAN PRESS/Nathan Rochford

ST. JOHN'S, N.L. -- Halifax indie rockers Wintersleep have taken home Album of the Year honours at the East Coast Music Awards, which were handed out virtually this weekend after the traditional awards ceremony had to be cancelled due to the COVID-19 pandemic.

Dozens of awards were handed out to artists from across Atlantic Canada on Friday and Saturday, when the top honours were unveiled during a two-hour, television and online broadcast that featured several pre-recorded performances.

This year's ECMAs were originally set to take place in St. John's in late April and early May, but the event was cancelled due to the COVID-19 pandemic.

"Although our plans for a big celebration in St. John's were put on hold this year, we were very proud to produce this special program to pay tribute to our hard-working and deserving East Coast artists and industry professionals," Andy McLean, CEO of the East Coast Music Association, said in a statement.

Among this year's other awardees are Jimmy Rankin, of The Rankin Family, who was named the Fans' Choice Entertainer of the Year, and Eastern Owl, an Indigenous women's drum group based in St. John's that won Indigenous Artist of the Year.

Natalie MacMaster won the Roots/Traditional Recording of the Year award for her album "Sketches," and Jon Samuel was honoured with the Bucky Adams Memorial Award.

"We are honoured and humbled to join such an amazing group of previous winners," the band wrote on Facebook before the official announcement.

The band especially thanked their fans for supporting them for more than two decades. "Without you, we would have nothing!" they wrote.