'This is no joke': N.L. woman's mom, stepfather fighting COVID-19 in intensive care

'This is no joke': N.L. woman's mom, stepfather fighting COVID-19 in intensive care 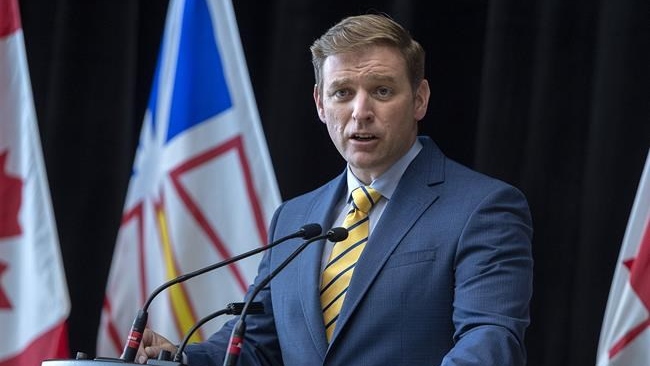 Louisa Higgins says she's living a nightmare that could have been avoided with the COVID-19 vaccine.

Her mother and stepfather are fighting for their lives in an intensive care unit in central Newfoundland, sick with the novel coronavirus. Neither of them are vaccinated, she said.

But all that has changed. "You've got to get it," she said about the COVID-19 vaccines. "If you don't, you could end up in the ICU just like my mom and I don't want that to happen to anybody else ΓÇª If I could save one person from going into that ICU, then I'm going to do it."

She added about her mom and stepdad, "I know that if they had their vaccines, they would not be in the ICU right now."

Higgins said she's going to get vaccinated and she's trying to convince her brother to do the same. She said she hopes everyone else in the Botwood and Bishop's Falls area of central Newfoundland will get a shot, too.

Higgins's mother and stepfather were part of a cluster of cases that emerged among the congregation at the First United Pentecostal Church in Bishop's Falls, N.L., a community of about 2,500 people, she said.

People in the church began testing positive after a guest was brought in from New Brunswick, both Higgins and Pastor Leroy Gee told The Canadian Press. The woman had no symptoms and had no idea she was sick -- she tested positive when she got back to New Brunswick, Higgins and Gee said.

Higgins's mother and stepfather are part of Gee's congregation and live in Botwood, N.L., which has a population of around 2,700 people and is about 20 kilometres from the church.

Provincial public health officials first announced the outbreak in central Newfoundland last week. There were 56 cases connected to it as of Wednesday, officials said.

Meanwhile, the provincial government is considering making it mandatory for people to prove they're fully vaccinated if they want to attend church services in person.

Premier Andrew Furey had a phone call with provincial religious leaders Tuesday, during which he discussed the importance of the COVID-19 vaccines and vaccination passports, according to an emailed statement from a spokesperson in the premier's office.

As for Higgins, she said her family is suffering along with her mother and stepfather, putting in long, sleepless nights, waiting for any bit of news. Because of public health protocols, nobody can visit them in the hospital, she said.

Her advice to people is clear: "This is no joke," she said. "I don't want people to not take the vaccines because they're scared like I was ... I just want everybody to be safe and not to go through what I'm going through right now with my family."

This report by The Canadian Press was first published Oct. 6, 2021.

A 23-year-old Ontario woman has been charged under the provincial welfare services act after a graphic video of a horse being dragged surfaced online. One video shows the horse being pulled with ropes as its back hooves drag along a road.

Alberta Premier Danielle Smith is reversing a promise to enshrine human rights protections for the COVID-19 unvaccinated in law this fall.

How much water do you need to drink in a day? ‘Eight glasses a day’ rule a myth: study

You may have heard the oft-repeated advice to drink eight glasses of water a day, but according to a new study, the amount of water we need daily ranges wildly based on numerous factors.

Two months after being fired, a former member of the Vancouver Canucks coaching staff has filed a complaint with the BC Human Rights Tribunal against the hockey team over alleged discrimination.

An Abbotsford police officer was caught on camera punching a man twice in the face during the course of an arrest this weekend, prompting a review by the department and a provincial watchdog.

If you are expecting a baby and are still trying to choose a name, these new top 100 lists might help you to find one.

Pence calls on Trump to apologize for dinner with antisemite

A growing number of Republicans, including former U.S. Vice President Mike Pence, criticized Donald Trump on Monday for dining with a Holocaust-denying white nationalist and the rapper formerly known as Kanye West days after launching his third campaign for the White House.