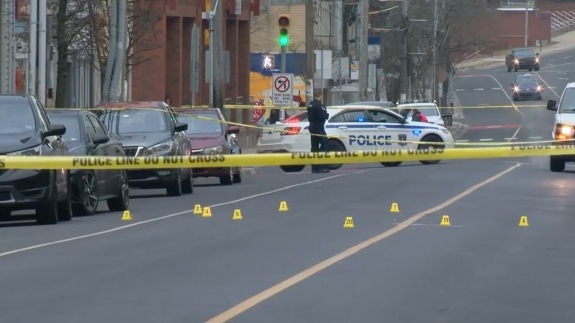 A second person has been charged in connection with the murder of a man in Halifax in March.

Watters has been charged with accessory to murder in the death of 25-year-old Treyvhon Alrick Bradshaw. She was set to appear in Halifax provincial court on Wednesday.

The charge comes after Halifax Regional Police responded to a weapons call in the 2100 block of Gottingen Street around 2:30 a.m. on March 18.

When officers arrived, they found a man who was suffering from gunshot wounds. He was taken to hospital, where he died from his injuries.

An autopsy confirmed Bradshaw was the victim of a homicide.

Watters is the second person to be arrested and charged in the case this month.

Investigators arrested 25-year-old Makayle Larry James Skinner on June 13. He has been charged with first-degree murder in Bradshaw’s death.

Police say they are still looking for more suspects in connection with the case. They also believe there were people in the Gottingen Street area at the time of Bradshaw’s death who have information about the shooting who have yet to come forward.

“We are asking them to do the right thing and come forward to police with what they know,” said Const. Nicolas Gagnon in a news release.

Anyone with information about the case, or who has video from the area, is asked to contact police at 902-490-5020.