On Monday, Angela MacDonald was going about her business like any other day. Driving through a shopping centre parking lot, she was in search of a Mew Gull (aka a common gull), a species seen in the lot a few days prior.

However, one of the birds she spotted was not like the others.

"I noticed this gull that didn't fit the bill for any other gull that I had seen before," says MacDonald. "I just knew something was different."

"Right away, I noticed its legs," says MacDonald. "They were a colour of legs that I had never seen before in a gull; they were kind of orange-yellow. They really stood out; the legs were really long." 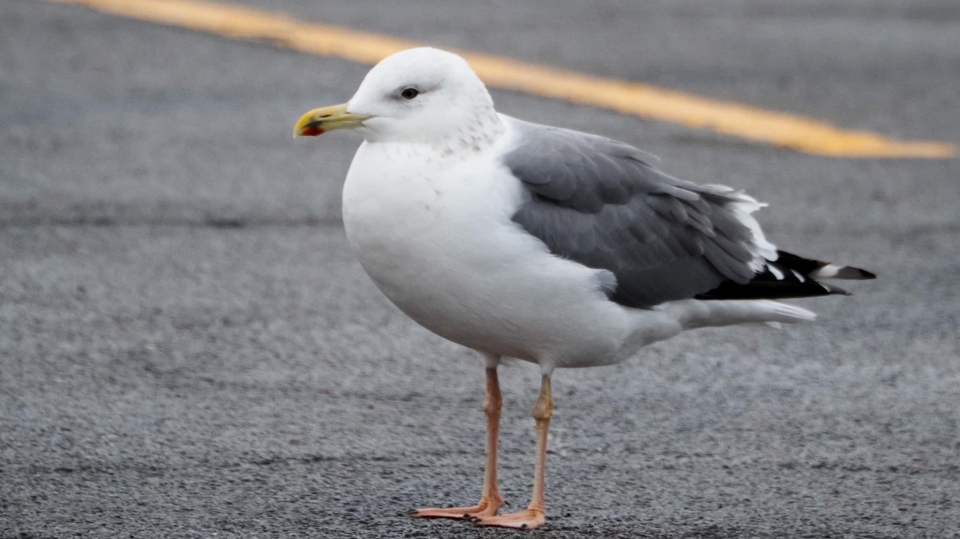 Following the sighting, MacDonald sent her footage and photos to fellow bird enthusiasts. She had also realized the mantle on the back of the gull was a darker grey than is typical for herring gulls throughout the province, and it was also lighter than a Great Black-Backed Gull. Another tip-off was the bird's dark eyes.

"All of those things stood out to me and led me to investigate further," says MacDonald, who posted pictures of her find on the Facebook group North American Gulls, hoping for an answer.

Experts weighed in with their hypotheses, with some suggesting the bird was a hybrid. However, one guess was that it was a Taimyr Gull – typically found in the East Asian region of Siberia.

"I [had] have never heard of it before, so I quickly Googled it," says MacDonald. "Next morning I woke up and somebody said 'yes, this gull looks good for a Taimyr Gull.'" 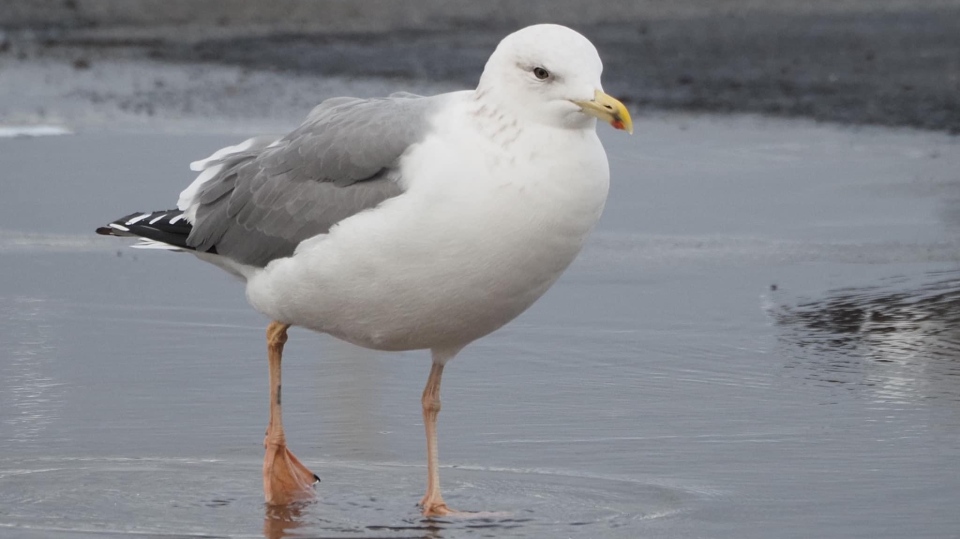 MacDonald's elation over her discovery has continued throughout the week.

"I'm excited that so many of my friends in the birding community came down to see it," says MacDonald. "It's just a really cool feeling."

By Saturday, with word spreading about the sighting, many people travelled near and far to catch a glimpse of the rare gull. However, they were disappointed as it was nowhere to be found. 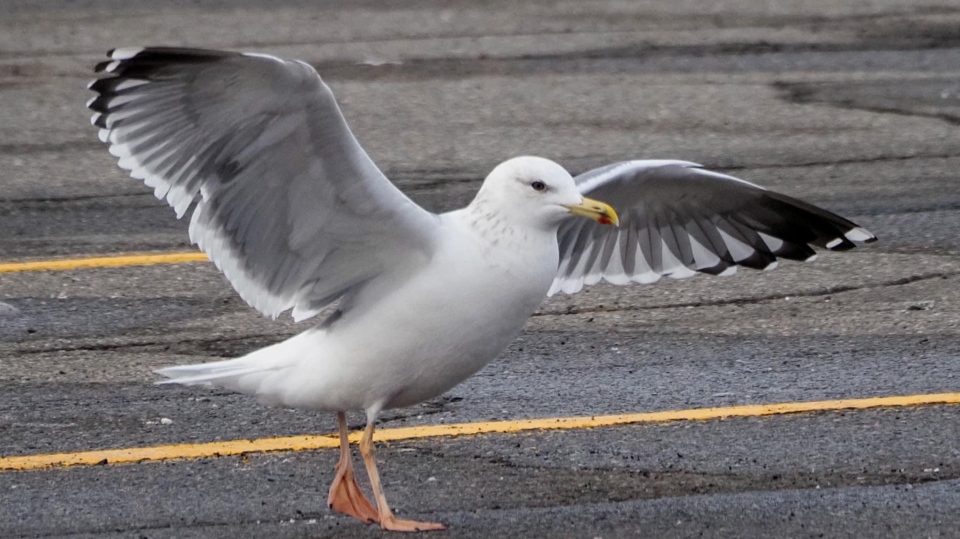 Counting herself lucky to have witnessed the Taimyr Gull, MacDonald says the reason for an East Asian bird winding up in a Nova Scotian parking lot remains a mystery.

"Did it fly here? Did it come on a container ship? Who knows," says MacDonald. "And the gulls don't know either."