Women are a growing group of Canadian military veterans, but services are lagging 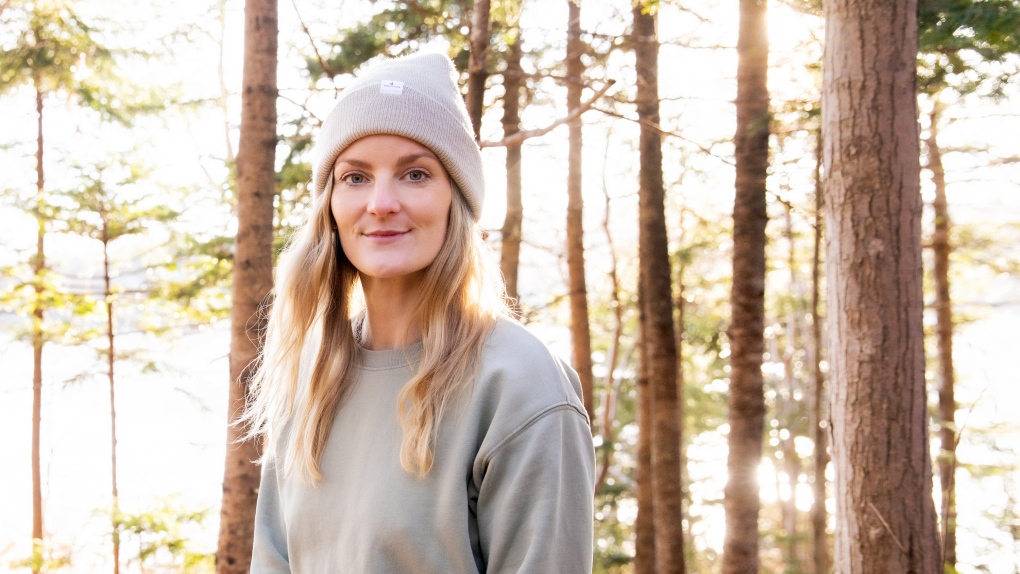 January 21, 2022. Halifax artist Jessica Wiebe served eight years in the Canadian Armed Forces as an artillery gunner, often the lone woman in a male-dominated environment. Now she draws on that experience, and her mental and physical struggles after leaving the military, to create her art. (THE CANADIAN PRESS/Kelly Clark)

Halifax artist Jessica Wiebe served eight years in the Canadian Armed Forces as an artillery gunner, often the lone woman in a male-dominated environment. Now she draws on that experience, and her mental and physical struggles after leaving the military, to create her art.

"I really want to bring awareness to the fact that female narratives of war have been largely omitted from dominant discourse historically," Wiebe said in a recent interview.

"Bringing female narratives to the forefront is really important to understand the needs of female vets as they transition out of the military."

Maya Eichler, a professor at Mount St. Vincent University in Halifax and Canada Research Chair in social innovation and community engagement, echoed that sentiment in testimony this week before a Nova Scotia legislature committee.

She said women are the fastest-growing segment of veterans in Canada, but support systems have historically been designed around men.

Eichler told the standing committee on veterans affairs there's a lack of support and services for women veterans and others, including gender diverse and LGBTQ veterans, as well as veterans who suffered sexual trauma while serving in the military.

While information about under-represented groups in the military and veteran community is scarce, she said the data available shows women are more likely to leave the military with medical releases, and they experience steeper declines in income.

Women veterans are also more likely to have complex trauma histories that health providers struggle to understand, Eichler told the committee. She added that there is potential for unintended "discriminatory and inequitable outcomes" for women, gender diverse and LBGTQ vets.

"`A veteran is a veteran is a veteran' is kind of the old way of how we've thought about veteran issues," Eichler said in an interview after her testimony. "And we're now beginning to recognize that there are distinct and unique veteran experiences and needs based on things like gender or sexual orientation or race, Indigeneity and so on."

Wiebe said she struggled to get a diagnosis for PTSD when she developed an eating disorder after she was medically released from service in 2014.

"It was very hard to get any diagnosis that was connected to my military experience," she said, adding that her symptoms didn't line up with what doctors knew about the mental health disorder, which was based on the experience of male veterans.

"As a female in the combat arms, there's not as many of us, and often we're the only woman with a larger group of men," Wiebe said.

"I felt very alone in the things that I struggled with when I was medically released from the military, and it wasn't until I started going to group therapy with other female veterans with very similar experiences that I realized I was definitely far from alone."

The federal government is taking steps to address the needs of women veterans. In 2019, Veterans Affairs Canada opened the Office of Women and LGBTQ2 Veterans with a mandate of addressing issues specific to sex, gender identity and expression and sexual orientation.

The office's senior director, Christina Hutchins, said in an interview that there are some key differences between the needs of women, LGBTQ veterans and their male counterparts. Hutchins said these groups tend to leave the military with more mental health conditions and may face more difficulty in the transition to civilian life.

"They want to be recognized for their service equally to their male counterparts and make sure that the services and programs that we offer are equitably accessible to meet their needs," she said.

Rebuilding trust between Veterans Affairs Canada and these groups will involve becoming more alert to the trauma they have experienced, Hutchins added.

In Nova Scotia, Eichler said the province's standing committee can start by being mindful of the differences in veteran populations and considering them in future discussions.

"The committee can, moving forward, really pay more attention to issues such as sex, gender and sexual orientation and diversity more generally," she said.

This report by The Canadian Press was first published Jan. 22, 2022.

Jason Kenney steps down after 51.4 per cent approval in leadership review

Jason Kenney quit as leader of his party, and premier of Alberta, Wednesday night after receiving a slight majority of support in his United Conservative Party leadership review.

First case of rare monkeypox in the U.S. was someone who recently travelled to Canada

A rare case of monkeypox has been confirmed in a man in Massachusetts who recently travelled to Canada, according to the Massachusetts Department of Public Health.

Prince Charles and Camilla, Duchess of Cornwall, are spending the final day of the royal visit in Canada's North.

Prime Minister Justin Trudeau says the federal government is watching 'carefully' how Quebec's Bill 96 is playing out provincially and respects the freedom of members of Parliament to protest it.

With Statistics Canada reporting a 9.7 per cent increase in food costs over the last year, Canadians are being pushed to find ways to pinch pennies at the grocery stores. Here are some ways to save.

As Johnny Depp's defamation trial against his ex-wife Amber Heard stretches into its fifth week, experts say public reaction to Heard's testimony sends a perilous reminder that despite the 'MeToo' movement, the credibility of alleged victims of abuse can be fragile.

Hundreds more fighters have emerged from the Mariupol stronghold where they made their last stand and surrendered, Russia said Thursday, and the Red Cross worked to register them as prisoners of war, as the end of a key battle in the conflict drew closer.