Women, children sent to hospital after tractor-trailer collides with minivan in Dartmouth 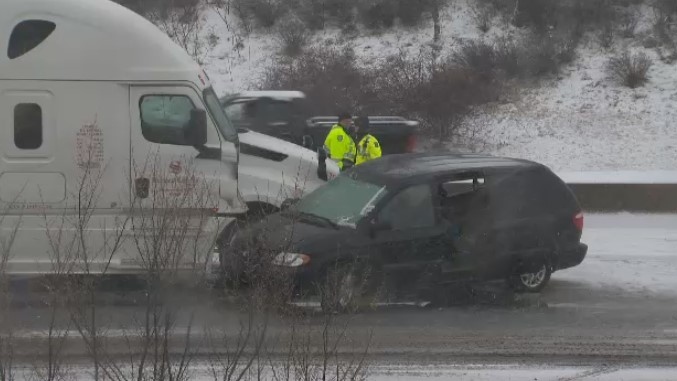 Emergency crews respond to a two-vehicle collision in Dartmouth on Feb. 10, 2020.

HALIFAX -- Four people, including two children, were sent to hospital Monday after a tractor-trailer collided with a minivan in Dartmouth.

Halifax Regional Police responded to the two-vehicle collision in the westbound lane of Highway 111 around 12:50 p.m.

Traffic was redirected to Burnside Drive until the roadway was cleared.

Police say the collision is under investigation, but the highway was snow-covered and slippery at the time.