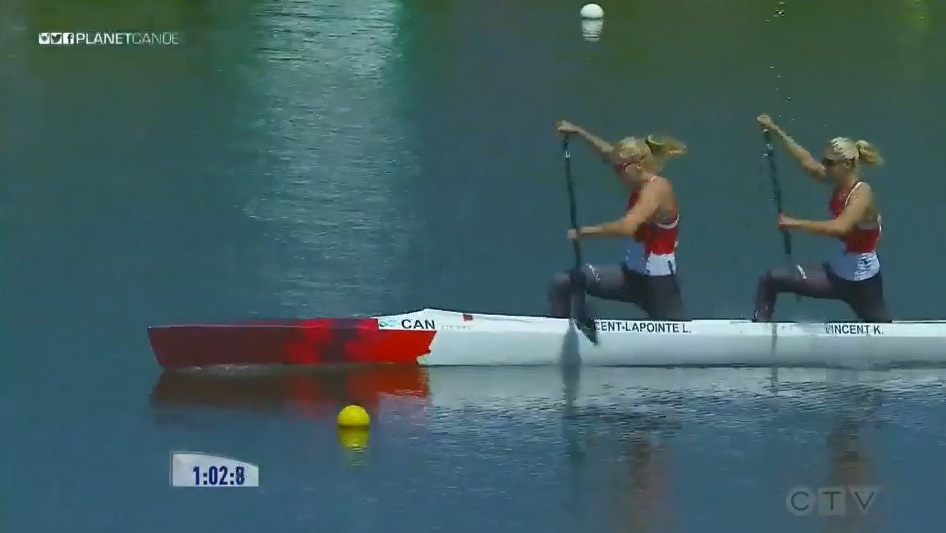 The ICF World Canoe and Para-canoe World Championships on Lake Banook concluded on Sunday. A massive crowd was on hand to watch the athletes compete in the scorching heat.

“We built a framework," said event organizer Jill D’Alessio. "We wanted the community to come out and share and take part in these amazing races.”

“We had somewhere between 500 and 600 volunteers," said D’Alessio. "We had to close down volunteer registration for people to join because we did not have enough space.”

More than 1000 athletes from 70 countries competed in the five-day competition.

“It just feels surreal to be here,” said Grant, who has raced on Lake Banook for many years. "To be on this level in the same place, it just feels amazing.”

According to D’Alessio, Lake Banook is one of the best paddling venues in the world.

This was the third time Lake Banook hosted a world championship. Previous events were held in 1997 and 2009.

“And the legacy pieces are infrastructure, institutional knowledge and inspiring young athletes," said D’Alessio. "To see it, to believe it, to be it. And that’s what we are seeing this weekend.”

Beyond the fans of the competition, the ICF World Canoe and Para-canoe World Championships also provided an opportunity to generate revenue and exposure for many local businesses.

“A great opportunity to show what we can do to a really big number of people,” said pizza restaurant owner Andrew Lockyer, who added that he served thousands of customers over five days who came to cheer on some of the best athletes in the world.

Two women have critical injuries after a bear attack on a trail in northeastern B.C., local Mounties say.

A Canadian naval officer has been relieved of her duties aboard a coastal defence vessel deployed on a NATO operation in Europe over allegations of inappropriate sexual conduct.

A child welfare worker is telling a coroner's inquest that had she known an Indigenous teen in her care had a history of suicidal thoughts and self-harm, she would have tried to talk to him about it.

Lynn was mourned on social media by friends and fans who admired the pioneering woman of country music, whose story was told in the 1980 film "Coal Miner's Daughter."

'We all pay the price': Survey finds only 9 per cent of girls aspire to be prime minister

Fewer than one in 10 girls and young women in Canada say they ever aspire to be prime minister, according to a new report, which chalks up the lack of interest in the federal government’s top job largely to concerns about discrimination and sexism.