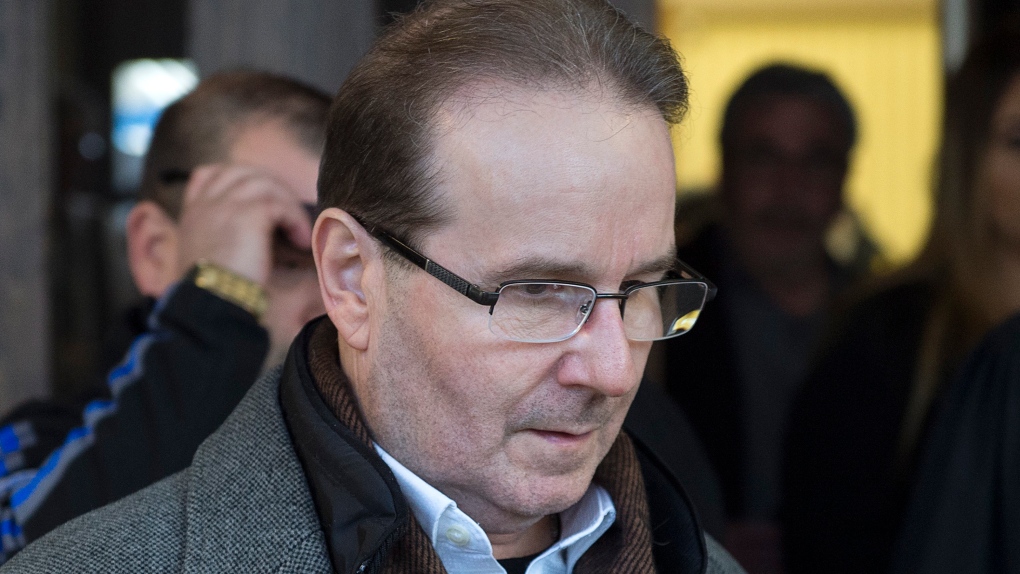 OTTAWA -- Glen Assoun's lawyer says the wrongfully convicted Halifax man suffered "every single day" as he waited to be exonerated for a murder he didn't commit -- a wait that was prolonged for months as his case sat on former justice minister Jody Wilson-Raybould's desk.

David Lametti issued an order for a new trial on Feb. 28, just seven weeks after taking over as justice minister. The following day -- after a five-minute new trial in which the prosecution presented no evidence -- Assoun was a free man.

He had spent almost 17 years in prison and another four and a half years under strict parole conditions after being convicted of the brutal 1998 murder of his ex-girlfriend, Brenda Way.

Sean MacDonald -- one of the lawyers for Innocence Canada, a non-profit organization dedicated to exonerating the wrongfully convicted and which spent years trying to prove Assoun's innocence -- declined to specifically discuss Wilson-Raybould's handling of the case.

But he said in an interview: "I can tell you this much, that Glen Assoun is 100 per cent factually innocent and he suffered every single day while he waited for his exoneration. I can say that Minister Lametti worked with dispatch to make sure that justice was done."

The Halifax Examiner first reported earlier this month that Wilson-Raybould sat for 18 months on the findings of the Justice Department's criminal conviction review group, which recommended that a new trial be ordered for Assoun. Sources, who spoke on condition of anonymity due to the sensitivity of the Assoun case, which may yet be the subject of a public inquiry, have confirmed that report to The Canadian Press.

During Assoun's brief new trial on March 1, prosecutor Mark Scott referred to the "considerable period of time since the minister's decision has been pending."

Wilson-Raybould herself did not confirm or deny a lengthy delay in dealing with Assoun's case, but suggested it was just one of many potential wrongful conviction cases that landed on her desk.

"It would be entirely inappropriate for me to comment on specific cases or applications made under the criminal conviction review process. ... These applications are necessarily confidential in nature," she said in an email this week to The Canadian Press.

"As minister, I took potential wrongful conviction matters incredibly seriously. In order to deal with all such applications more thoroughly, effectively, and impartially, I appointed the Honourable Mr. Justice Morris Fish (a former Supreme Court justice) as special adviser on wrongful convictions in early December 2018. His role was designed to advise me -- as minister -- on applications under the criminal conviction review process, of which there were many."

However, before anything could come of that appointment for Assoun, Wilson-Raybould was moved to Veterans Affairs in a mid-January cabinet shuffle, replaced by Lametti, a former law professor. Wilson-Raybould resigned from cabinet a month later amid allegations she was improperly pressured last fall by the Prime Minister's Office to intervene to stop a criminal prosecution of Montreal-based engineering giant SNC-Lavalin on bribery charges related to contracts in Libya.

Among the examples of what she considered inappropriate pressure, Wilson-Raybould told the House of Commons justice committee last month that she was urged to solicit a second opinion -- from someone like a retired Supreme Court justice -- on whether SNC-Lavalin should be invited to negotiate a remediation agreement, a kind of plea bargain. She rejected the idea as interference with prosecutorial discretion.

MacDonald said it's not unusual for a justice minister to seek outside advice on cases in which a miscarriage of justice is alleged. Still, he said the criminal conviction review group at Justice is a "highly professional, specialized group" that spent five years meticulously investigating the Assoun case.

Lametti acted swiftly on the group's advice, saying in his order for a new trial that he had determined "upon investigation that there are new matters of significance, as well as relevant and reliable information, that was not disclosed to Mr. Glen Assoun during his criminal proceedings." As a result of that investigation, Lametti said he is "satisfied that there is a reasonable basis to conclude that a miscarriage of justice likely occurred."

"It's extraordinarily rare for a minister to make a positive, factual finding of misconduct in his or her order," said MacDonald. "And I think that speaks to the level of egregiousness that this wrongful conviction has sort of achieved."

"The compelling facts of the case, as well as the health of Mr. Assoun, underscored the need for prompt consideration by the minister," Taylor said.

MacDonald questioned Wilson-Raybould's suggestion that she had many potential wrongful conviction cases to deal with.

"I wouldn't think that there would be a great deal of applications being processed or reviewed by the criminal conviction review group," he said.

The group screens out the "vast majority" of applications that are deemed to have little merit. It fully investigates only those that appear to be likely or possible miscarriages of justice -- "an ultra rare and exclusive club that very few Canadians, fortunately, have found themselves members in. It's like a rare, albino rhinoceros," he added.

Whatever the reason for the delay in getting the ministerial order for a new trial, MacDonald said Assoun's suffering was "a horrible thing to watch, in slow motion day by day."

Assoun was out of prison by then but under "unbelievably tight conditions." He was required to live with his daughter, respect curfews and reporting requirements and, for a long period, had to wear an electronic monitoring ankle bracelet. And all the while, MacDonald said, Assoun "walked around with stigma" of being a convicted murderer.

Since his exoneration four weeks ago, MacDonald said Assoun is "better but he's still suffering from debilitating anxiety and post-traumatic stress."

"He'll be damaged for the rest of his life, in my opinion."