'Yellow is really beautiful': Edmundston works to recover after over 70 days of lockdowns and 24 COVID-19 deaths

Within a couple of weeks, the region saw over 700 cases. Several long-term care homes suffered outbreaks.

Of the province's 41 COVID-19 deaths, 24 are from the area. It's spent over two months in a state of lockdown.

But on May 11, the region was able to return to the less-restrictive yellow phase of recovery.

"Yellow is really beautiful right now for our city," said acting mayor Eric Marquis. "It's been a tough couple of months, even more than a couple of months…we've seen that we can bring down those cases and we can take control of our situation." 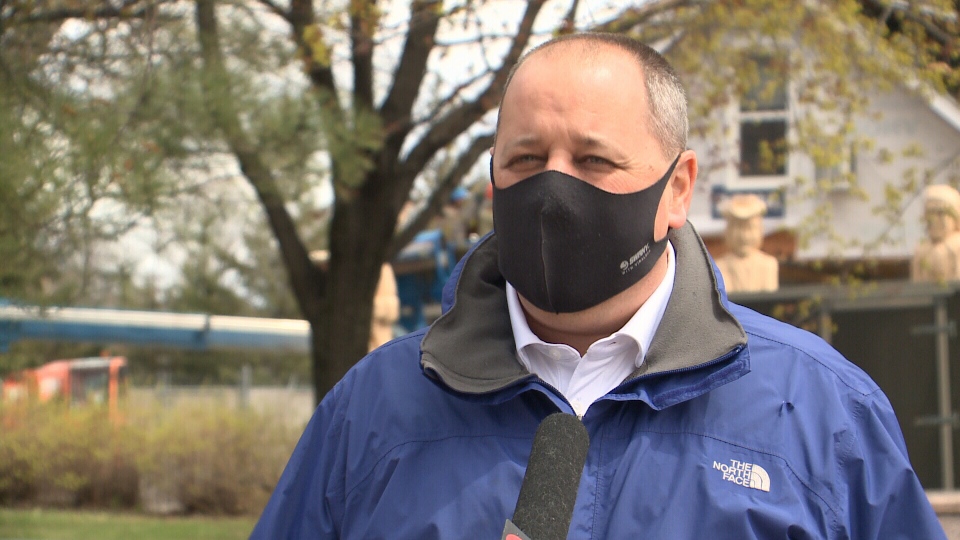 Forty-two per cent of the New Brunswick's over-12 population have been vaccinated with at least one dose. In Edmundston, it's over 53 per cent.

The province diverted extra vaccine to the area as it was experiencing the rise in cases.

But economic recovery, at least for some, isn't as quick.

"I've been giving my all for almost 14 years now, and right now, I've lost everything. I have debt, which I never had before because that's not how I work," said Louise Fyfe, owner of a café that focuses on good coffee and international food.

She describes the last year or so, like this: 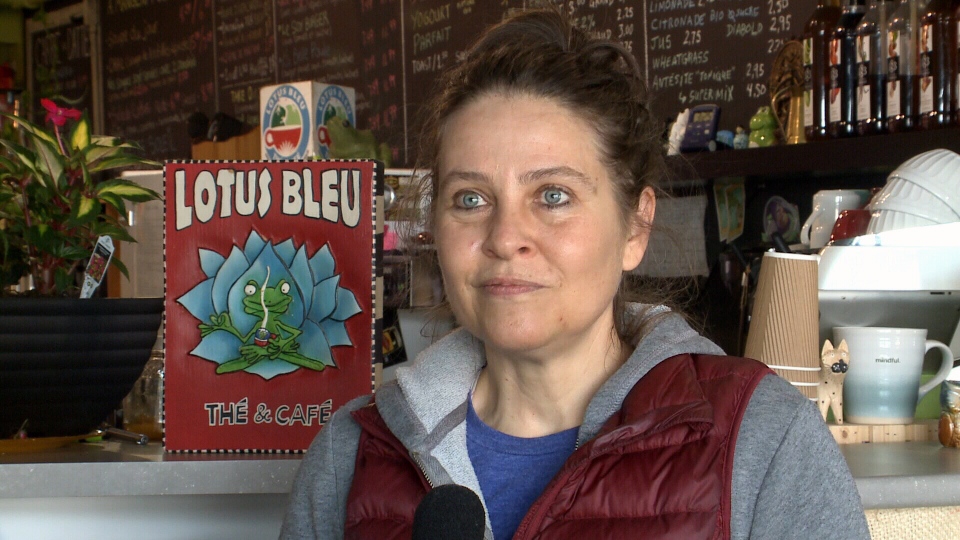 The café relies on business from Quebec, the United States and Nova Scotia. But the travelers are no longer coming.

For the last 14 months, the Quebec-New Brunswick border has been strictly monitored.  On the Trans-Canada Highway, just one kilometer from Quebec, it's so quiet you can hear birds chirping.

The occasional 18-wheeler drives by, but there are very few passenger vehicles.

"And that's what we want," says N.B. Premier Blaine Higgs. "We want to manage the next four to six weeks, particularly until everyone gets the first dose, and then obviously be cognizant from there until we all get the second dose."

Higgs said Thursday that the reopening of an Atlantic bubble by summer is "better than a 50 per cent chance, I would put it in the 70 per cent category … the rest of Canada I think remains to be seen."

The rest of Canada is what Francis Gagné says Edmundston's tourism and hospitality sector needs.

He's the general manager of Four Points by Sheraton, a business and conference hotel in Edmundston, whose occupancy has dropped to about ten per cent during the pandemic.

That is, until the outbreaks happened.

"We had to host people coming from all over the province to help," he said. "Nurses, people to cook, all kind of first responders, who came in the area to help with the COVID spread."

But it's far from enough. Gagné says federal wage programs have helped – but the borders are key.

Gagné lives in Quebec. Because he's not considered essential, he hasn't been allowed to travel to Edmundston since January.

Marquis says his focus is maintaining yellow – and potentially getting the region to the green phase someday.

"We have lost some people. I knew a person that lost his life due to COVID. That's extremely difficult," he said. "We also know a lot of people who are still battling the after-effects of COVID. That is something that is going to go on for many more weeks and months until those people come back. But we're happy to see them up and standing."