'You ruined my life,' human trafficking victim says ahead of sentencing 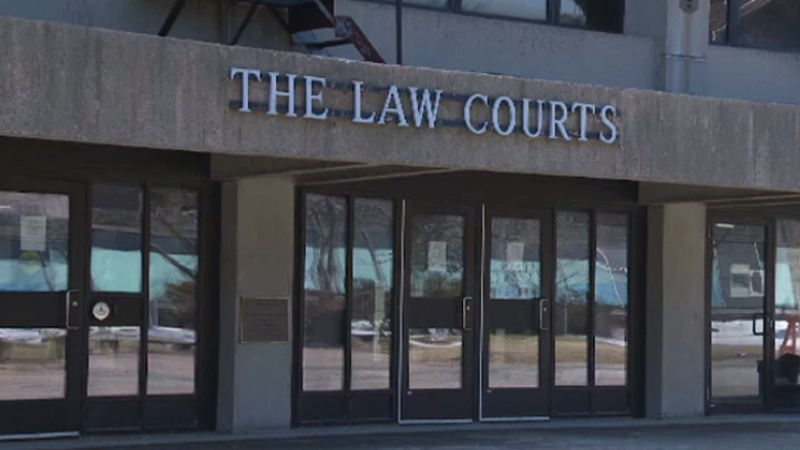 HALIFAX -- A young woman has told a Nova Scotia court she "wanted to die" after she was lured into prostitution at the age of 16.

"You ruined me. You ruined my life," the woman said in a victim impact statement filed with Nova Scotia Supreme Court in the case of Renee Allison Webber, who was convicted last fall of pimping-related charges.

Webber, who is in her mid-40s, is scheduled to be sentenced Thursday.

The victim, whose identity is protected by a publication ban, wrote in blue pen on yellow lined paper that she is now numb to emotion and pain.

"I can honestly say that this has to be the worst feeling anyone could ever feel," she said.

"I tried to forget about it by doing so many drugs that I've overdosed. I tried to end my life because I couldn't sleep without waking up screaming and crying."

In September, a jury found Webber guilty of multiple charges including advertising sexual services, receiving material benefit from trafficking, trafficking a person under the age of 18 and sexual exploitation.

In submissions filed to Justice Christa Brothers, Crown lawyers Cory Roberts and Erica Koresawa argue that Webber should be sentenced to at least six years in prison.

The submissions describe how in late 2015 the victim moved into Webber's Halifax-area home, where she was lured into providing sexual services for men older than her, and was told she would work "as part of a team as an escort."

The Crown argues that the victim's age is a significant aggravating factor in the case.

"(Webber) took advantage of the fact that the (victim's) living situation was tumultuous and gave (the victim) hope for a better life," the document says.

The Crown says the victim was taken to Moncton, N.B., and Toronto, and dropped off at hotel rooms or the homes of men to provide sexual services.

"On one occasion, (Webber) drove (the victim) to Moncton in order for (the victim) to provide sexual services... while (Webber) sat in the room," the document says, adding that the offences took places over four to six weeks.

"While in Moncton with (the victim), (Webber) told (her) to keep her mouth shut and not tell anyone that Mr. Pellow and (Webber) were 'pimping 1/8her 3/8 out."'

Defence lawyer Don Murray has recommended a sentence of three years in prison. He challenged the mandatory minimum sentence in submissions filed to Brothers on Nov. 2, saying it would be cruel and unusual punishment.

He argues Webber did not play a major role in prostitution-related activities with the victim.

"In evaluating Ms. Webber's personal contribution to any harms that may be alleged by (the victim), the court should understand that there were many elements of the prostitution business embraced by (the victim), before and after her contact with Ms. Webber," the submission says.

"Simply because Ms. Webber is the only person before the court does not make her responsible for any and all harms which (the victim) may now identify about the business of underage prostitution, and its effects upon her."

Murray also notes the defence "rejects the Crown's assertion of the 'likely' facts" set out in their submissions.

If the mandatory minimum is struck down, the Crown argues Webber should be sentenced to at least five years in prison.

In another victim impact statement filed with the court, the young woman's mother says it tortured her heart that her daughter was forced into the sex trade.

She details how the crime has impacted their family.

"The economic impact has been an ongoing hardship for my family. I've had to deplete my savings and borrowed just to save my child," the mother wrote in a typed letter.

"I had to isolate and relocate my daughter just to keep her safe. As much as we can, we are trying to get back to living a normal life. We have a new kind of normalcy now. We can't go to certain places like we used to. Certain things and places are triggers."

The woman also writes that she is unable to trust people

"I view the world so differently now. It makes my heart so hard with anger that this has happened, and it continued when all (I) ever wanted was my child home. Safe and loved by her family," she says.

"I want the court and those in the room to know one thing: My child is brave -- she came forward. Many girls never come forward on this type of violence, and they bravely suffer in silence."