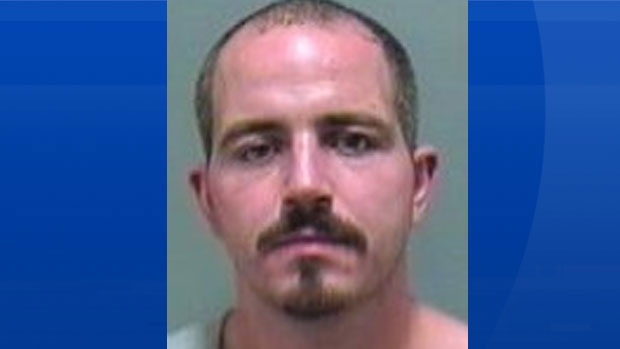 Ronald Fairweather is facing a charge of failing to stop at the scene of an accident causing death. (New Brunswick RCMP)

The RCMP have issued an arrest warrant for a Moncton man believed to be the driver of a stolen pickup truck that fled the scene of a fatal crash on New Year's Day.

The Mounties say a vehicle was driving on Route 116 in Bass River at 4 a.m. when it collided with a pickup truck that was probably pulling out of a driveway.

Police say the name of the victim will not be released at the request of his family.

The driver of the pickup truck, 32-year-old Ronald Fairweather, is facing a charge of failing to stop at the scene of an accident causing death.

Police say a warrant has been issued for Fairweather’s arrest. They believe he may be driving a grey, four-door Mazda Protégé 5 hatchback with a broken rear window covered with black plastic.

Anyone with information on his whereabouts is asked to contact police or Crime Stoppers.