Battle over housing rights for people with intellectual disabilities in N.S. court 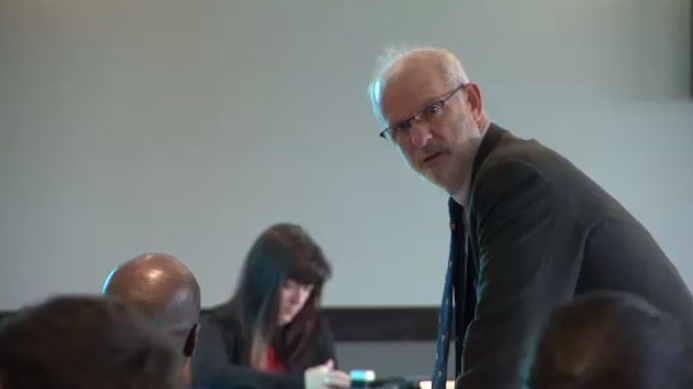 The complainants' lawyer, Vince Calderhead, said there is enough evidence to find discrimination against people with disabilities occurred because the province deliberately didn't provide this housing.

HALIFAX -- Nova Scotia's highest court heard arguments Wednesday that the province's failure to offer people with disabilities timely access to housing and care in the community amounts to a violation of their basic rights.

"It's a form of discrimination that's rooted . . . in a society designed around the needs of able-bodied people," Claire McNeil, the lawyer for the Disability Rights Coalition, told the three-judge Court of Appea panel.

Lawyers representing three people with intellectual disabilities who were confined to a hospital ward for years are appealing a 2019 human rights board of inquiry decision.

The board of inquiry determined the three had suffered discrimination individually, but it rejected arguments that placement in so-called small options homes is broadly applicable to people with disabilities through human rights legislation.

Small options homes are defined by the province as homes in residential areas for up to four people with disabilities, where they receive care and other necessary support.

The board of inquiry ruling determined the province discriminated against Beth MacLean, Joseph Delaney and the late Sheila Livingstone -- who died before the hearing ended -- because they were held at the Emerald Hall psychiatric unit in Halifax despite opinions from doctors and staff that they could live in the community.

Board chairman Walter Thompson, however, didn't accept that the province generally discriminated against people with disabilities who reside in hospitals, in large institutions, or who are on a waiting list for placement in small options homes.

In her opening statement, McNeil told the three judges that Thompson erred because he failed to recognize that the Nova Scotia system gives people with disabilities a lower level of service than people who aren't disabled.

"The needs of persons with disabilities and their access to social assistance have been ignored, devalued and relegated to a second-class status," she said.

McNeil cited August 2019 figures from the province indicating about 900 Nova Scotians with disabilities were living in various forms of institutional facilities such as adult residential centres and regional rehabilitation centres. Those facilities, she said, are large buildings housing groups of people who are segregated from the community and who receive intensive, medical-related support.

McNeil told the three justices that the cases of MacLean, Delaney and Livingstone were not unique; rather, she said, they are similar to about 255 people in institutional facilities who, as of last summer, were still on waiting lists or seeking a transfer to small options homes in the community.

She argued that a 1995 provincial moratorium on the creation of the small options homes -- which the province later lifted -- was a conscious decision by governments to restrict access to services.

The government is also appealing the board's decision, saying it infringes on its jurisdiction. Delivering services to ill or disabled people is a matter for politicians to decide, not the courts, the province said. Upholding or expanding the board's ruling, the government argued, could lead to unmanageable demands for state-run services.

The case may hang on how the court interprets Section 5 of the provincial Human Rights Act, which prohibits discrimination against people with disabilities in the "provision of or access to service or facilities."

In its written brief, the province says while providing social assistance may be an obligation under provincial law, "that does not translate into a mandatory requirement to provide all possible forms of assistance immediately and as of right."

Speaking in the afternoon, Vince Calderhead, the lawyer for the three people with disabilities, flipped his fingers through the pages of a 39-page list of people on the waiting list for housing in the community.

He argued the situation is not acceptable in an era when "everyone agrees that people with disabilities can be supported to live in communities."

He and McNeil are calling for the court to rule that the provincial system's refusal to provide sufficient housing in the community is discriminatory.

Calderhead said the matter could then go back to a further hearing before a human rights board of inquiry to hear arguments from the province on whether the discrimination can be justified due to cost or other factors.

This report by The Canadian Press was first published Nov. 18, 2020.