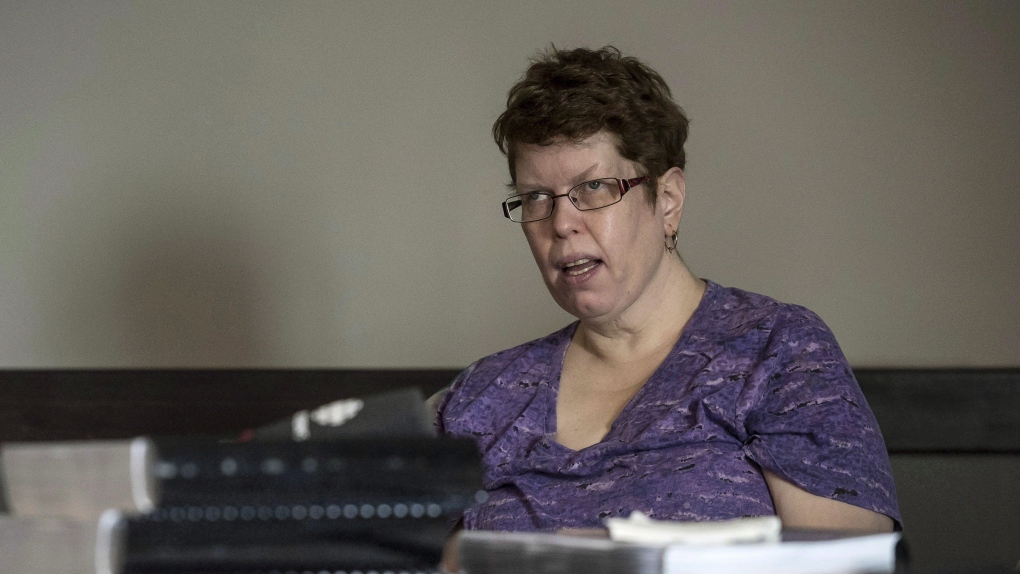 Beth MacLean, a Nova Scotia woman with intellectual disabilities who won a landmark human rights case forcing the province to provide her with a home in the community, has died. THE CANADIAN PRESS/Darren Calabrese
HALIFAX -

Beth MacLean, a Nova Scotia woman with intellectual disabilities who won a landmark human rights case forcing the province to provide her with a home in the community, has died.

An obituary says the 50-year-old died peacefully on Sept. 24 at the Dartmouth General Hospital.

MacLean was one of three people with intellectual disabilities who were required to live in a Halifax hospital ward for years before advocates helped them launch a human rights case to live with the help of support workers in a small home in the community -- referred to as a small options home.

In 2019, a human rights board of inquiry determined the three had suffered discrimination individually; however, it rejected arguments that placement in small options homes is broadly applicable to people with disabilities.

Small options homes are defined by the province as homes in residential areas for up to four people with disabilities, where they receive care and other necessary support.

The board of inquiry ruling determined the province violated the rights of MacLean, Joseph Delaney and the late Sheila Livingstone -- who died before the hearing ended -- because they were held at the Emerald Hall psychiatric unit in Halifax despite opinions from doctors and staff that they could live in the community.

Marty Wexler, the chairman of the Disability Rights Coalition in Nova Scotia, said in an email Wednesday he was saddened to hear of MacLean's death and extended the coalition's condolences to her family, support workers and "all who assisted Beth in her fight for her dream of a life in the community with others."

"After decades of struggle and unnecessary institutionalization in which Beth was forced to fight her own government, she achieved her dream of life in the community," he wrote.

"Her human rights case provides an important precedent for the many hundreds of others who are unnecessarily deprived of the opportunity to live in the community. Her experience, one would hope, will push the provincial government to do the right thing and enable others to live in the community and avoid the struggle and hardship that Beth endured to get the life she wanted."

During the hearing, MacLean's lawyers argued that a 1995 provincial moratorium on the creation of small options homes -- which the province later lifted -- was a conscious decision by governments to restrict access to services.

In his 2019 ruling, however, board chairman Walter Thompson didn't accept that the province generally discriminated against people with disabilities who reside in hospitals, in large institutions, or who are on a waiting list for placement in small options homes.

The coalition appealed the portion of the board of inquiry decision in which Thompson rejected the claim of systemic discrimination. The province has also appealed the findings of discrimination against MacLean, Delaney and Livingstone.

The various parties are awaiting the Court of Appeal decision.

This report by The Canadian Press was first published Sept. 30, 2021.

Prince Charles and his wife, Camilla, are in Newfoundland and Labrador's capital today to begin a three-day Canadian tour focused on Indigenous reconciliation and climate change.

Gasoline prices are showing no signs of letting up as the average price in Canada tops $2 a litre for the first time. Natural Resources Canada says the average price across the country for regular gasoline hit $2.06 per litre on Monday for an all-time high.

The Ukrainian government says Russia has shelled more than 1,000 schools, destroying 95. Intentionally attacking schools and other civilian infrastructure is a war crime. Experts say wide-scale wreckage can be used as evidence of Russian intent, and to refute claims that schools were simply collateral damage.

A match made in marketing heaven between Tim Hortons and Justin Bieber is back with a new French vanilla-flavoured chilled coffee. Biebs Brew is the pop star's rendition of the coffee chain's cold brew coffee launched last year.

Pierre Poilievre is denouncing the 'white replacement theory' believed to be a motive for a mass shooting in Buffalo, N.Y., as 'ugly and disgusting hate-mongering.'

The rising cost of living is worrying Canadians and defining the Ontario election as prices go up on everything from groceries to gas.

The white gunman accused of massacring 10 Black people at a Buffalo supermarket wrote as far back as November about staging a livestreamed attack on African Americans, practiced shooting from his car and travelled hours from his home in March to scout out the store, according to detailed diary entries he appears to have posted online.

A gunman motivated by hatred against Taiwan chained shut the doors of a California church and hid firebombs before shooting at a gathering of mostly elderly Taiwanese parishioners, killing a man who tackled him, authorities said.